Actor Yul Edochie Reveals What His Father, Pete Edochie Did To Him When He Tried To Drop Out Of School


Nigerian actor, Yul Edochie has spoken of the time he tried to drop out of school and how his father reacted. 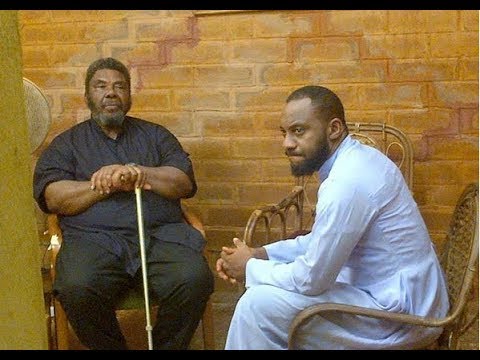 Yul Edochie, the son of the legendary Nollywood veteran, Pete Edochie has told an interesting story about how his father reacted when he tried to drop out of school.

Yul, who made the revelation on his Twitter page, explained that he was in JJS2 when it happened. According to him, he went to his father and told him that he didn't want to go to school again.

His father then calmly took him to a room, pulled out a belt and gave him a sound beating.

In his tweet, Yul thanked his father for helping him become what he has now become.

He wrote: "In JS2, I told my father I didn't want to go to school anymore, he should open electrical shop for me.

"He Invited me to his room, locked the door & pulled out his belt.

"He gave me a beating that reset my brain to factory setting.

"Look at me today. 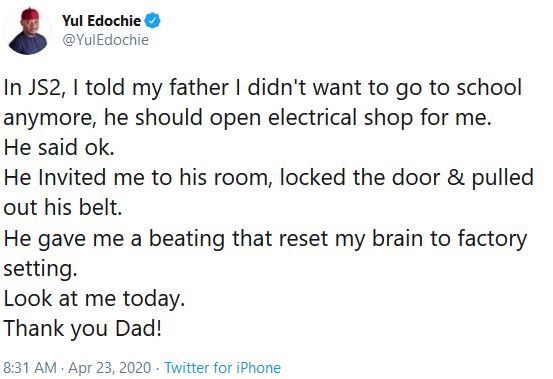 Check Out These Adorable Photos Of Mercy Johnson-Okojie's Baby, Divine-Mercy