The United States has been hit hard by the deadly coronavirus leaving at least 50,000 Americans dead. 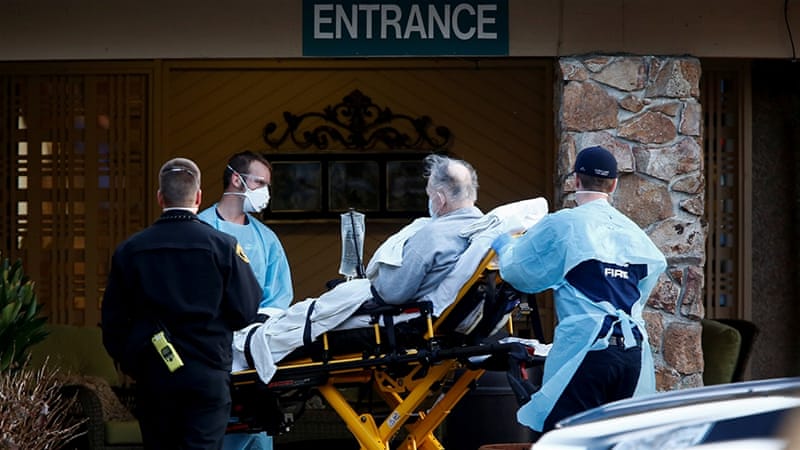 Coronavirus
About 50,000 Americans have been killed by coronavirus as at Thursday evening.
The country now has 890,027 confirmed cases.
According to Daily Mail, an additional 2,416 deaths were confirmed, bringing the total to 50,442. Confirmed cases rose by 34,828, bringing the total cases across the nation to 891,622.
It’s been reported that the U.S. has both the highest number of confirmed cases in the world and the highest death toll.
Research done by the University of Washington’s Institute for Health Metrics and Evaluation showed that the national death toll is expected to hit 65,976 by August.
Recall that US President, Donald Trump had announced that immigration to the US will be temporarily suspended to protect the jobs of Americans.
Meanwhile, the Nigeria Center for Disease and Control, NCDC, on Thursday confirmed 108 new cases of Coronavirus in the country.
“As at 11:30pm 23rd April there are 981 confirmed cases of #COVID19 reported in Nigeria, 197 have been discharged, with 31 deaths,” it said.
Top Stories