A pastor has been apprehended by the police after he was caught with local charms. 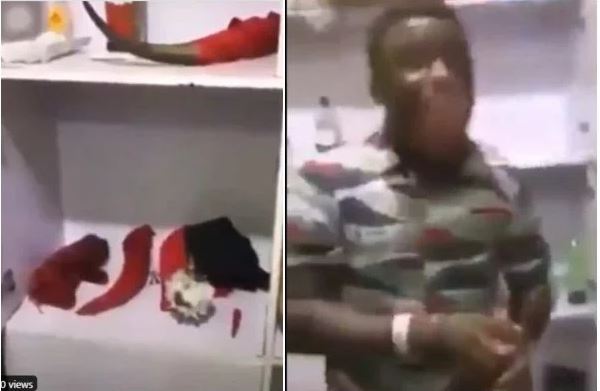 A video sighted by LailasNews has showed the moment a pastor was nabbed in possession of local charms.

In the video, the charms could be clearly seen in the room of the ‘man of God’ as a lady in the background complained on why he had such in his possession.

The pastor stood his ground, and reiterated that he not committed a crime by having such in his room.