How A Policemen Assaulted Ondo Nurse And Motorcyclist At Checkpoint (Photo)


The policeman injured the nurse on emergency duty, Modupe Ajama, after throwing a stick at a motorcycle conveying her to hospital. 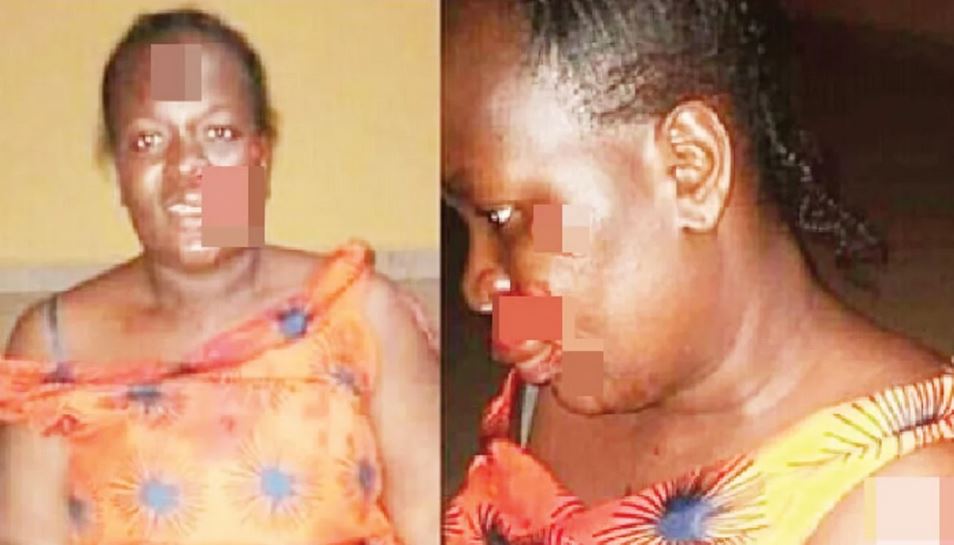 According to The PUNCH, policemen manning a checkpoint at Ode-Irele in the Irele Local Government Area of Ondo State to enforce the curfew order by the state government have injured a nurse on emergency duty, Modupe Ajama, after throwing a stick at a motorcycle conveying her to hospital.

Ajama told our correspondent that despite her pleas to be taken to hospital, the cops abandoned her on the road.

She said, “On April 22, I received an emergency call from my colleague around 8.20pm to come and lend a helping hand to a pregnant woman, who was in labour with a twin gestation, being a professional midwife licensed by the Nursing and Midwifery Council of Nigeria.

“I was to receive the babies from the theatre and resuscitate one of them, who had fetal distress. I immediately came to the Irele-Okitipupa Road and saw a motorcyclist, who just dropped off a passenger, and I asked him to convey me to the hospital.

“Getting to the Irele roundabout, we saw a checkpoint and I explained to the security agents there that I am a nurse working with the Irele General Hospital and that I was called for an emergency situation in the hospital and I showed them my identification card and I was allowed to proceed.

“We came across a second checkpoint around Bobby’s shop in Irele and I explained to the police personnel and I was allowed to go; we passed through the third checkpoint, but while approaching the fourth checkpoint around the Erica pharmaceutical shop, on sighting the motorcycle, a policeman just came from the left side of the road, threw a stick at it, which made the rider to lose control and both of us fell and the motorcycle skidded, dragging us both on the asphalted road to the other side of the road.

“The cop, who threw the stick came closer with a gun and I begged him to please take me to the hospital as I needed to be attended to, but he just left us and said ‘Good for you, God catch you, bastard’. The policemen at the previous checkpoints, who saw the accident, rushed to where we were and got a motorcycle among the ones they had seized to take me to hospital.”

Ajama, who stated that she sustained multiple injuries on her upper jaw, arms, face and right knee, also alleged that her Android phone and the sum of N22,000 were stolen from her bag at the scene of the crash.

The Chairman of the Irele unit of the National Association of the Nigerian Nurses and Midwives, Okikiola Aremu, who called for justice for its member, alleged that the Divisional Police Officer and the Commander in charge of the checkpoints were trying to shield the suspects.

“The commander in charge of the checkpoints and the DPO knew who threw the stick, but they are trying to shield the person. We want justice to be served because we cannot continue to put the lives of health workers at risk.”

The state Police Public Relations Officer, Tee-Leo Ikoro, however, claimed that it was a member of the local vigilante group, who attacked the motorcyclist and the nurse.

He stated, “It was the vigilante, who attacked the woman, and one of the vigilantes, who was the owner of the motorcycle that conveyed the woman, held the bike and the rider struggled and they fell into a ditch.

However, Ajama countered the police claim, insisting that policemen were the ones who attacked her and the motorcyclist.

She added, “They are not vigilantes; the person who threw the stick was wearing a pair of camo shorts with a gun and the next morning, when we got to the police station to make an official report, we heard that some people called the Nigerian Community Police personnel were working with the police in Irele.

“How can the police put people who are not professionals on the road? The DPO told me that he was the one who recruited the NCP personnel to help them in the community and that they had been working together; so, how does he expect me to know there are community police personnel, who have not been approved by the constitution?”