FLASHBACK: How Lagos Prescribed Herbal Medicine For Spanish Flu Of 1918


Records have revealed how Lagos prescribed herbal medicine for the Spanish Flu which ravaged the world around 1918. 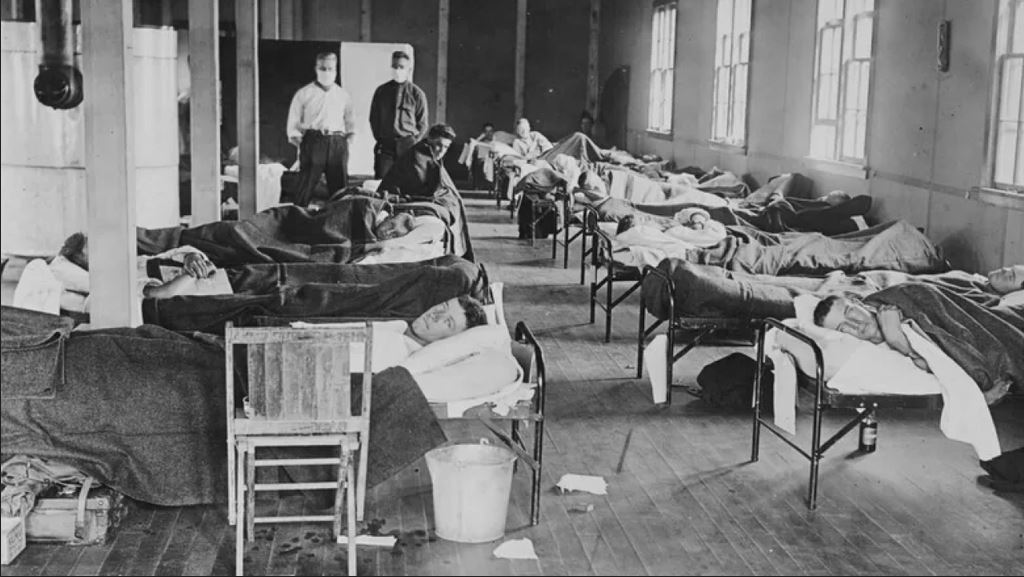 You might have heard of the Spanish flu of 1918 which killed about 50 million people globally and 500,000 in Nigeria — but did you know that Lagos at some point deployed herbal medicine in battling the pandemic?

It was months into the health crisis and the country’s health infrastructure at the time was far from adequate to cater to patients. About 50 to 80 percent of Nigeria’s population of 18 million citizens were infected and urgent measures were being sought to save lives.

Several months after the outbreak in Spain in May 1918, Nigeria recorded its first case of the disease in September of that year after three members of the crew on the SS Panayiotis ship were confirmed to have been infected at Iddo wharf.

The specific origins of the “Spanish flu” outbreak are unknown, but it is known to have been an H1N1 Influenza “with genes of avian origins.” As it is the case with COVID-19, doctors and scientists were unsure of a number of things about the disease, including its treatment.

In his autobiography entitled ‘Memoirs’, Hezekiah Davies, the late nationalist, recalled how bodies littered the streets of Lagos as authorities battled to save the lives of those infected.

The situation, he recalled in the book published in 1989, was so bad that the oba of Lagos invited traditional healers to intervene, on the request of one of the medical doctors managing the situation. The traditionalists prescribed some herbs, though there is no record of any success in their use.

Davies recounted: “Anyone who walked along the streets, in those days, could not help but observe dead bodies thrust into the front of many houses. The living were themselves down with influenza, and were not able to go to the cemetery to bury their dead.

“At this period, medical practitioners were few and far between. The few European and Nigerian doctors, who were trained in England, could not cope with the number of people afflicted. Dr. Ladapo Sapara, the medical officer in charge of the Massey street dispensary, requested the Oba of Lagos, Prince Eshugbayi Eleko, to invite some traditional healers to prescribe some herbal medicine that could cure such a dangerous, widespread malady.

“In response, the traditional healers prescribed a potion which was to be taken orally, three times a day, after meals. As usual, no dosage was given. The Oba’s announcers went around the town beating drums, shouting, “Kere o! Kere o”, telling the public that the Oba advised them to buy the following herbs and roots, which they were to boil to make the potion.

He also recalled that despite his young age, he was his grandfather’s chief emissary and was sent to the Elewe Omo (herbalists) market at Obun Eko to purchase the herbs and roots.

“On these frequent journeys to the market, I felt frightened seeing dead bodies openly placed outside many houses. My infant mind could not cope with such a horrifying scenario,” he added.

“Though I feared these lifeless bodies, I nevertheless drove my wheel and ran undaunted to and from the market. Thanks to God, the family passed through the crisis unhurt. We suffered no casualties whatsoever.”

Since the COVID-19 outbreak started in December 2019, no known drug or vaccine has been manufactured for the disease, though vaccine trials have begun in humans. While the search for a cure continues, the federal government said it will consider the option of traditional medicine.

Osagie Ehanire, minister of health, had said: “We will look into every assertion. Some people say they have herbs and some others say they have concoctions. Only for those that are serious, the department of traditional, complementary and alternative medicine in the ministry of health will look into their claims and we will not throw away any suggestion.”

Who knows what would save the world from the COVID-19 — scientific drugs or herbal medicines?

There is no specific treatment for COVID-19, and the World Health Organisation warns against the use of unapproved drugs for the treatment of the disease.