"Am I Your Mate?" - Shocking Moment Nigerian Soldier And Police Officer Were Seen Fighting Over Superiority (Video)


A policeman and a soldier have been seen embarrassing themselves during an altercation. 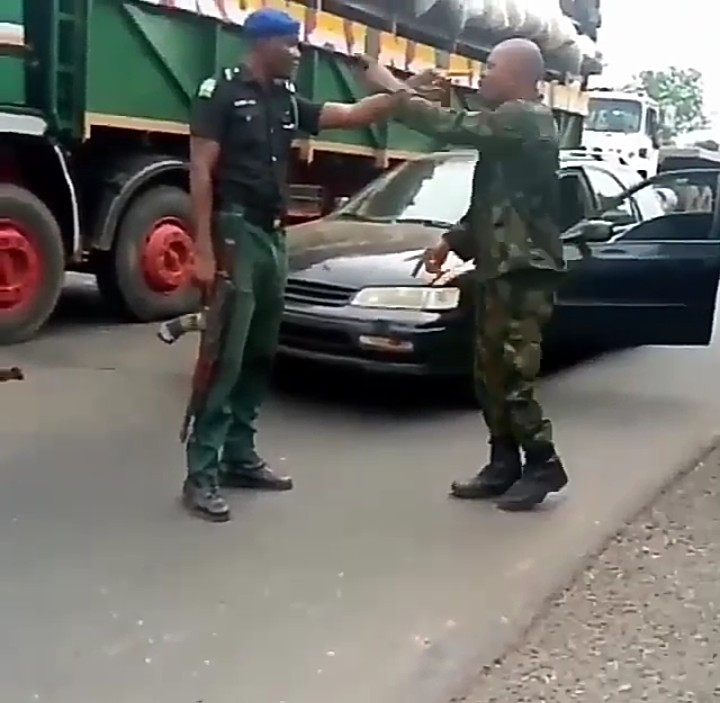 The police and soldier fighting in broad daylight
A Nigerian soldier and a Nigerian mobile police officer have been filmed fighting over superiority.
Although the exact location in Nigeria is yet unknown, from the voice and background, it appears as if it happened in the Northern part of the country.
The two got into an argument following a traffic jam as the officer refused to allow the soldier pass if he will not join other cars following the proper lane.
In the video, the mobile police officer is heard saying; ‘you don’t know your mate abi?” While the soldier replies angrily; “God will purnish you, are you my senior?”
Watch the video below;