The Lagos State Gov, Babajide Sanow-Olu has blamed the late closure of airports and borders in the country for the spread of coronavirus. 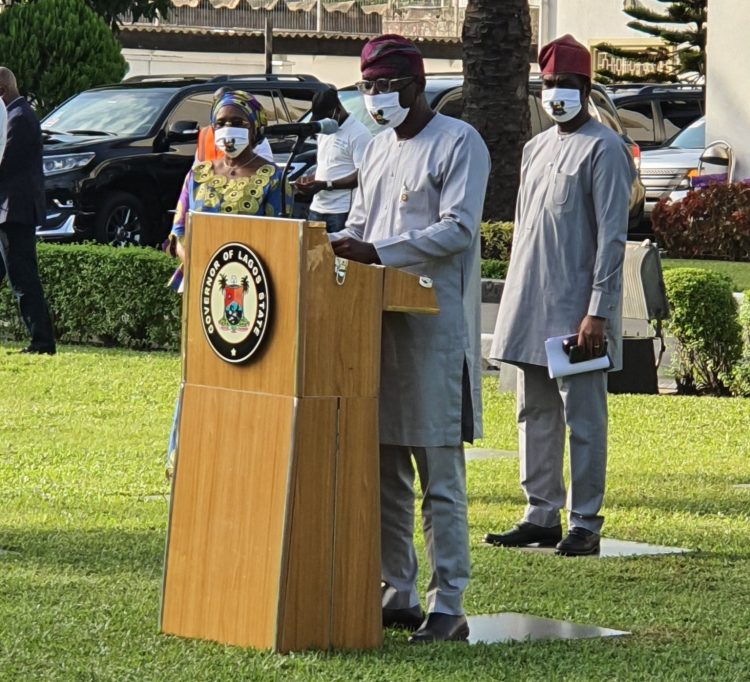 Lagos State Governor, Babajide Sanwo-Olu, has said the delayed closure of the country’s borders, seaport, and airports, including the failure of returnees to self-isolate, caused the spread of COVID-19.

He said this during an Instalive interview with CNN on Wednesday.

According to the governor, Lagos was prepared to curb the spread of COVID-19 but had to wait for the Federal Government to shut airport, seaport and land borders.

The PUNCH reports that though Nigeria recorded its first COVID-19 death on February 27, the President, General Muhammadu Buhari  officially shut the country’s airports, seaports, and borders on March 29.

As of March 29 when president shut the country’s airports, seaports, and borders, Nigeria had recorded 111 confirmed cases of COVID-19 and one death.

When asked about the state’s preparedness, Sanwo-Olu said, “Given the population that we have, we are a bit ahead in terms of preparation, as a state, but we are sub-national. We couldn’t give directives as to when Nigeria should close the airport, seaport, or in-land border.

“We don’t have control over that. We were just wrapping up our own facilities and the training officials, and that was why we were able to track the index case over two months now.

“In the country, 33 or 34 states have had one case or the other. For us, it is a double X thing. The population is huge, so we will be a fool of ourselves to just think that it is going to be a spike and we will be out of it. Because we did not close all of the importations early and people were not also doing full isolation when they came, it was really difficult for us to do contact tracing before it got to the community  which is where we are now.”

The governor also reiterated that Lagos may be recording large cases “soon”, adding that over 7000 samples had been tested in the state.

He said, “We are pretty much getting to the peak season. We will soon see a large number because testing is now wrapped up. It is a public health issue and we needed to take our protocols from NCDC and other international organisations.

“Testing kits were rationalised and we could not do more than we were given. Even the accreditation requires processes. We have learnt it now and we are applying it.”

“The good news is that 49 additional #COVID-19 survivors have been discharged following their full recovery. The total number of discharged patients in Lagos now stands at 187.

“We regret to announce additional #COVID19 related death involving a 25-year-old male who at the time of admission was in a state of severe breathlessness. The total number of COVID-19 related deaths in Lagos is now 20.

“I again urge Lagos residents to remain committed to observing necessary precautionary measures to stop COVID-19 infection. Let’s be vigilant and report any concern about COVID-19 infection in our communities.”

However, the Nigeria Centre for Disease Control on Wednesday announced that Lagos had recorded 21 fatalities from COVID-19.