The Nigerian National Petroleum Corporation (NNPC) has issued a new directive to over 1,000 graduate trainees it recruited on when to start work. 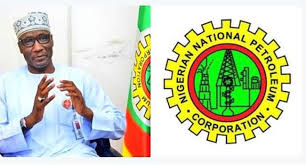 NNPC graduate trainees to assume virtual duty from Monday
No fewer than 1,000 graduate trainees recently recruited by the Nigerian National Petroleum Corporation (NNPC) are to assume virtual duty Monday  May 4, the corporation says in a statement.
The  statement released in Abuja was signed by the Group General Manager, Group Public Affairs Division, Dr Kennie Obateru.
“The trainees are to assume duty first, virtually, while the corporation monitors the COVID -19 situation and the Federal Government’s directives to determine a date of physical assumption of duty,” he said.
He explained that the option of virtual assumption of duty was necessitated by the need to comply with extant protocol on social distancing and reduced number of people in workplace.
The NNPC spokesman said the trainees had completed online documentation, and would commence virtual onboarding on Monday.
He said that Managing Director of the corporation, Malam Mele Kyari, was excited about the assumption of duty of the new intakes  noting  that they were part of the succession plan to assure the future of NNPC.
He added that Kyari congratulated the successful graduate trainees, adding that much was expected of them.
Obateru said that the assumption of duty of the graduate trainees marked the successful completion of the 2019/2020 recruitment.
According to him, in pursuance of excellence, NNPC as an equal opportunity employer with business interests across the Oil & Gas Industry value chain, would continue to recruit the best hands in order to buoy its operations nationwide.(NAN)
Top Stories