How Nigerian Girls Are Sold Into Slavery In Lebanon, Other Places - Tour Operators President Reveals


The President of the National Association of Tour Operators has given an insight into how Nigerian girls are sold into slavery. 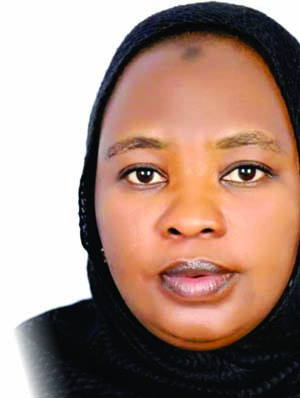 People with good conscience around the world were alarmed last week with a message a Lebanese named Wael Jerro posted on his Facebook wall, offering a Nigerian girl for sale. The worth of the Nigerian girl, who Jerro described as “very active and clean”, was put at a paltry $1,000.

Concerned Nigerians wasted no time in drawing the attention of the Nigerian embassy in Lebanon as well as Mrs Abike Dabiri-Erewa-led Nigerians in the Diaspora Commission (NIDCOM) to the plight of the young woman identified as Peace Ufuoma Busari.

The resultant pressure on the Lebanese government led to the arrest of Jerro who had gone underground after the furore generated by his post. The Lebanese authorities also vowed to prosecute Jerro for criminal sale of a human being.

A statement issued by NIDCOM said: “The passport, which the victim acquired in May 2018, indicated that she hails from Ibadan, Oyo State. An all-out search for the young Nigerian woman is ongoing in Lebanon.

“On Wednesday, April 22, 2020, the Lebanese Ministry of Labour issued a circular condemning the action of Mr Wael Jerro as being completely unethical and in contravention of Lebanese laws and against the principles of human rights.

“The circular further stated that legal action would be instituted against him for human trafficking before a competent judicial authority by the ministry, in line with its statutory responsibility.

“The Nigerian Mission in Lebanon has also demanded an immediate handover of the victim to the mission unconditionally and in good health.”

The question on the lips of many Nigerians is why it is easy for unscrupulous agents to ferry Nigerians to Lebanon and other countries where such obnoxious practices are thriving.

Giving an insight into how foreign agents from Lebanon and other countries ferry Nigerian girls out of the country into servitude overseas, the President of the National Association of Tour Operators (NATOP), Hajia Bilkisu Abdul, said: “You know that this is not the first time that this kind of thing is happening. Both in my capacity as NATOP President and NATOP as a body, we have been able to get to the roots of this illegal and inhuman business.

“We tried to trace how these trips are packaged for the girls, how they get their tickets and so on. My personal investigations show that most times, these dubious foreign agents who enslave our girls in places like Lebanon and Dubai (United Arab Emirates) have agents here in Nigeria.

“These agents are not bona fide tour operators. They approach their agents in Nigeria to get them girls for domestic jobs in these countries.

“The agents would sweet talk some naïve, unexposed girls into trips abroad to work and make money.

“Once they get girls who are willing, they will send their names to their foreign partners after collecting money from the girls.

“The agents in those countries are the ones who prepare their visa and pay for their tickets.

“These girls would embark on the trip without knowing what they would be facing until they get there.

“On getting there, their passports would be seized and they would be forced to work under inhuman conditions and treated as slaves.

“These agents are not real tour operators and are not registered with us.

“Nigerians should be very careful about such trips.

“Parents also should be wary of allowing their children to go on such trips. It is very dangerous and could lead to death.”