The members of a kidnap gang have been nabbed after they killed and buried students of the University of Port Harcourt. 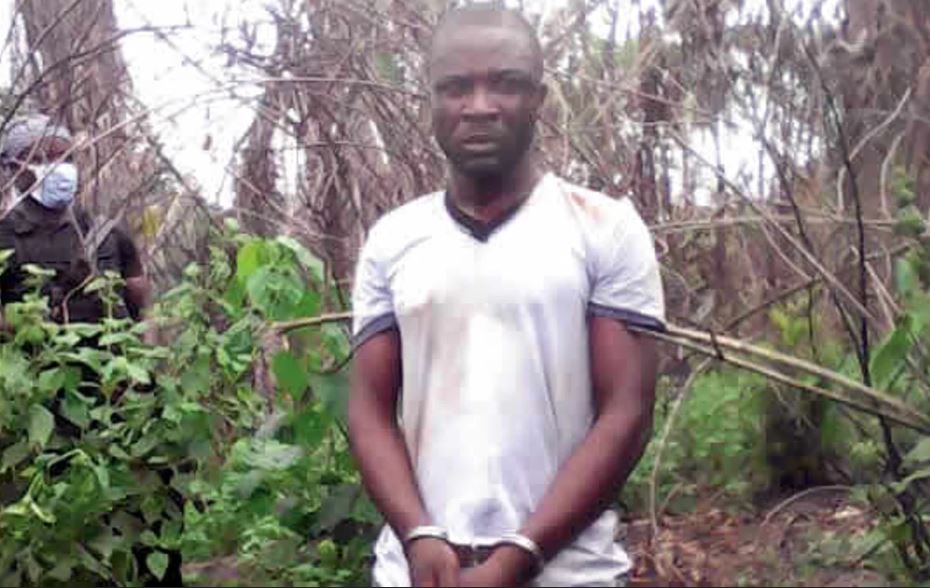 According to Punch Metro, the Rivers State Police Command has arrested three members of a kidnap gang who abducted and killed three students of the University of Port Harcourt.

The suspects, apprehended on Thursday by the command’s Anti-kidnap Unit, also allegedly buried the remains of the undergraduates in a shallow grave at Etio community, Eleme Local Government Area of the state.

City Round gathered that the UNIPORT students were kidnapped on April 7, 2020 and murdered the same day.

One of the suspects, who identified himself as Friday Akpan, from Akwa Ibom State, told journalists in the forest on Friday that two of his colleagues gang-raped the female among their victims, Joy Adoki, before eventually killing all of them.

The two other victims, who were also buried in a shallow grave, were identified as Nelson Nwafor and Fortune Obimba.

Akpan said, “We held the three persons at the sand field. All of us, five in number, killed them. They (victims) were three: two young men and a woman. Two among us gang-raped the female. Bright brought the gun we used in killing them. I am a member of Iceland.”

Speaking on the matter, the state Police Public Relations Officer, Mr Nnamdi Omoni, said the command’s Anti-Kidnapping Unit, led by its commander, Collins Shadar, a Chief Superintendent of Police, swung into action after the victims’ kidnap was reported to the unit.

He said, “They confessed to kidnapping the three undergraduates and taking them to the forest. They killed them and buried them in a shallow grave. They had earlier demanded ransom before they killed their victims.

“Their confession after they were arrested led us to this forest, where we recovered the bodies of these undergraduates. We have identified the corpses. One is Nelson Nwafor, the female is Joy Adoki, while the other one is Fortune Obimba.”

Omoni added that one AK-47 rifle, one pistol, three magazines and 72 rounds of live ammunition were recovered from the suspects.