A slay queen was cut off and disconnected after she was twerking in skimpy outfit on Dj Khaled Instagram live while he is currently fasting. 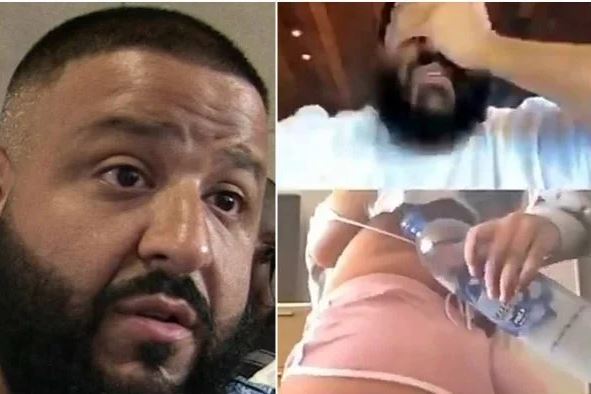 Many celebs have been holding Instagram Live sessions with their fans due to the ongoing lockdown, but some ladies have turned it to a twerk show, regardless of the motive of the celeb.

The curvy woman had on bum shorts that showed off half of her bum. She also had on a skimpy bra, once she connected on his IG live, she began twerking, despite the fact that he is a Muslim and currently fasting.

DJ Khaled quickly tried to get her to stop but she only took it up a notch by telling DJ Khaled that she has water. She then turned her bum to face the camera, twerked some more and started to pour water on her butt.

DJ Khaled tried to tell her to stop and is seen nervously darting his eyes around his room. “I’ve got a family,” he told her at some point and even covered his eyes with one hand.

She continued twerking and the married father-of-two disconnected her from his Instagram Live video.

Sharing a video of the shocking momeny, Khaled wrote;