Lockdown: 40 Men From Zamfara Hidden Inside A Truckload Of Cows Intercepted In Lagos


A trailer filled with cows with over 40 men hidden inside was intercepted by the Lagos state police and sent back to Zamfara.

A trailer loaded with cows and about forty men coming from Zamfara State was intercepted at the Berger end of Lagos-Ibadan expressway this afternoon, Monday May 4, by the Lagos state security personnel.

Upon the interception, the driver and his passengers were ordered to return to the state where they were coming from.

Interstate travels are currently banned as part of measures to stop the spread of the contagious coronavirus. Only transportation of essential goods and services are permitted between states. 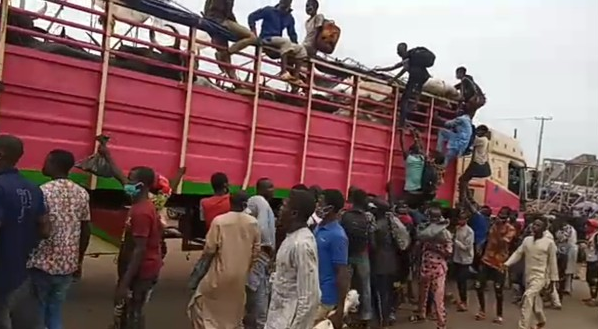