A woman who has turned herself into a real-life barbie has shown off her lips after getting her 20th lip injection. 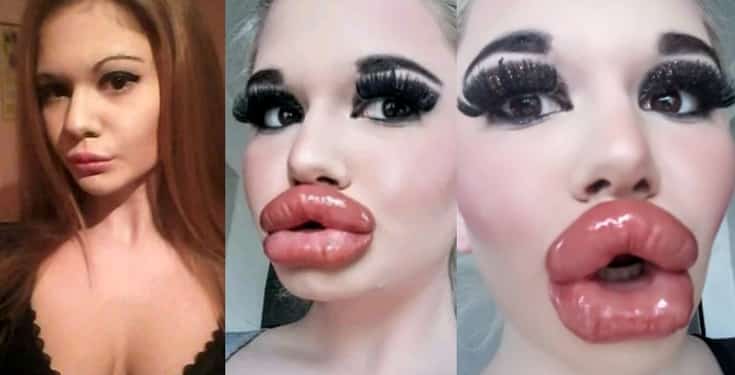 Andrea Ivanova
Andrea Ivanova, from Bulgaria popularly known as the 'real-life barbie' has spent thousands of pounds on more than 20 hyaluronic acid lip injections in her bid to be more ‘fashionable’.
She showed off her huge lips after undergoing her 20th lip injection.
The 22-year-old who recently had her latest injection took to Instagram to reveal her ever-growing pout. 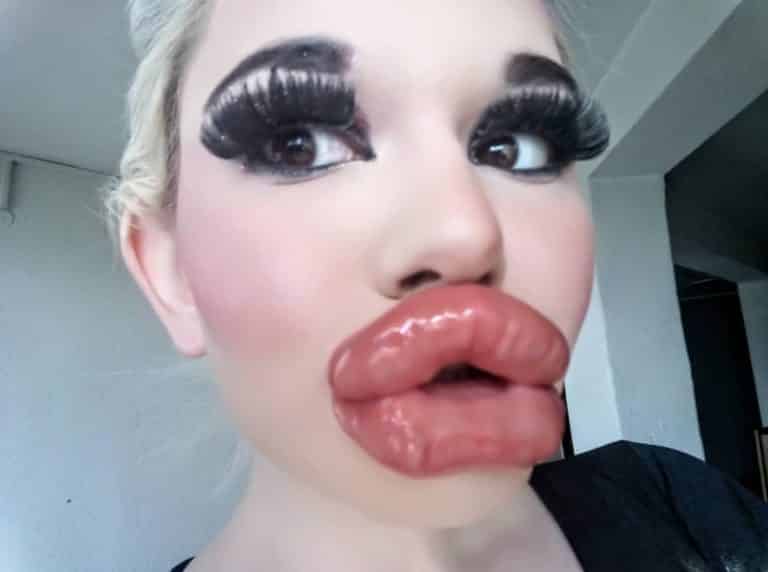 Of any future lip injections, Andrea said, “My doctor said he will do more injections for me, but said I have to wait for at least two months,” going on to explain that although she loves her permanent duck face, it’s been difficult to eat properly.
The Instagram star captioned one photo she shared with the hashtags “#love #bigger #lips” as fans praised her for her appearance, with one saying: “Bigger is better”.
Watch her video below: