An Abusive and controlling man has been arrested after he assaulted his partner and also tried to control her life. 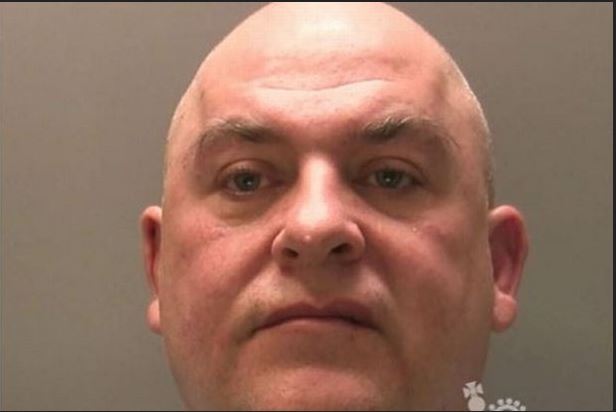 A 49 year old man known as Martin Mitchell, has been slapped with a restraining order by the Cardiff Crown Court after he forced his partner into getting his name tattooed on her arm during their holiday together.

Mitchell would not let his partner wear underwear she owned before they were together or put up pictures, including of her own family, from her life before their relationship.

The prosecuting counsel, Suzanne Payne, told the court that Mitchell’s controlling behaviour began in June 2018 and that he ‘lost it’ when his girlfriend spoke to her former partner about child contact. 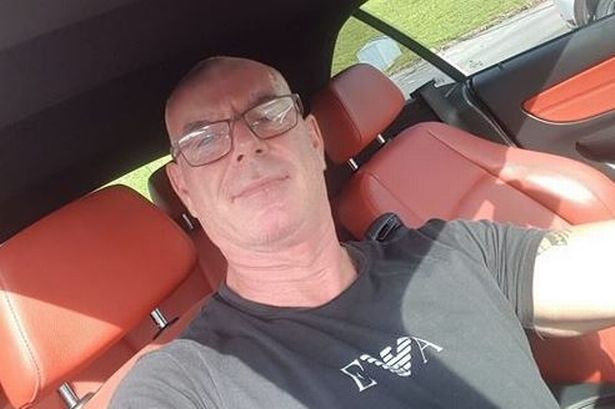 Suzanne Payne said Mitchell called his girlfriend a ‘whore’ and a ‘slut’ after she brought her ex boyfriend up.

Suzanne Payne said: ‘This was the first time she saw him lose his temper and it frightened her.’

Payne said that on another occasion Mitchell became angry after his girlfriend spoke to a male colleague.

‘He started screaming at her.’ He claimed it was her fault he lost his temper because she ‘pushed his buttons’.

‘His behaviour continued throughout the relationship. He would fly off the handle without warning. ''He started to control her behaviour.’

Mitchell, according to court papers, did not want his girlfriend to have any contact with her ex and would tell her what she could and could not say to him in messages.

Prosecutor Payne said the former partner noticed her messages were now ‘blunt’ and ‘out of character’,

‘He became concerned about her welfare. She became withdrawn and distant.’

Mitchell started ‘to dictate’ what she could wear, stopping her from wearing clothes or underwear she wore before they were together, the court heard.

She didn't usually wear much make-up, but began wearing red lipstick because he wanted her to. The court was told that there was a time the couple went to Gran Canaria in September 2018 and Mitchell shouted at restaurant workers after a waiter winked at his girlfriend. He then told her it was her fault because she ‘probably smiled at him’.

He then took his girlfriend to a tattoo artist to get his name tattooed on her forearm, but the tattoo artist refused because the design was too big, The court heard.

The design was now reduced to a smaller size and Mitchell said: ‘Now everyone will know you’re mine.’

Prosecutors said Mitchell would not let his partner put up any pictures of her life taken before they were together, including family photos.

When they went to a pub on August 28 2019, he accused her of seeing men in the car park even though she was only outside for 30 seconds,

‘You’ve been with those boys. You get home, get your s**t and get out of my house.’ Mitchell told his gitlfriend according to court papers.

‘I didn’t think I did anything wrong. It was only a little push.’ Mitchell said to officers.

He claimed she was ‘flirty’ with other men and he suspected her of infidelity, but they got on well and she wanted to get married. Mitchell also claimed it was a ‘joint decision’ not to put up old photos.

The defendant said it was his girlfriend idea to get a tattoo of his name and her idea to throw all her clothes away and buy new ones.

In a personal statement, she said: “I am finding it hard to get on with my life now. There was so much I was not allowed to do.

“I feel like he has taken everything away from me, including who I was. I changed dramatically to the point I did not recognise myself.”

She said she still panics if she hears someone sigh because that was the noise Mitchell made to show he was not happy with her.

Mitchell, 49, from Ton Pentre, initially denied controlling or coercive behaviour, but changed his plea on the day his trial was due to start.

Judge Nicola Jones noted the offending happened over a prolonged period of time and said he had shown a lack of insight into his offending. She made a three-year restraining order.

Mitchell was given a 16-month prison sentence, suspended for 18 months, and ordered to complete 10 days of a rehabilitation activity, focusing on victim empathy.

He must complete 24 sessions of the Building Better Relationships programme and 150 hours of unpaid work. He was ordered to pay £1,800 towards costs and a £140 victim surcharge.