A lawmaker has lost his life in a tragic manner after battling an unknown illness. 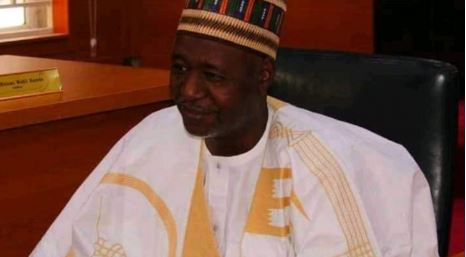 Umar Audi
A member representing Bayo constituency at the Borno state house of assembly, Umar Audi is dead.
He died at the University of Maiduguri Teaching Hospital on Tuesday evening.
A hospital source told TheCable that Audi was initially rejected because there was no bed space. The health workers were said to have stood their ground that the only available space was for any emergency that has to do with childbirth.
But the family members who took him there reportedly prevailed upon the hospital authorities before he was attended to.
“He died shortly after they admitted him. His sample has been sent to the Nigeria Center for Disease Control to certify if the death has anything to do with COVID-19,” the source said.
Audi’s death comes barely a week after the death of Bukar Wakil Lawan, lawmaker representing Nganzai constituency in Borno.
Top Stories