A Nigerian poet and writer has narrated the sad experience he was made to suffer at a bank today. 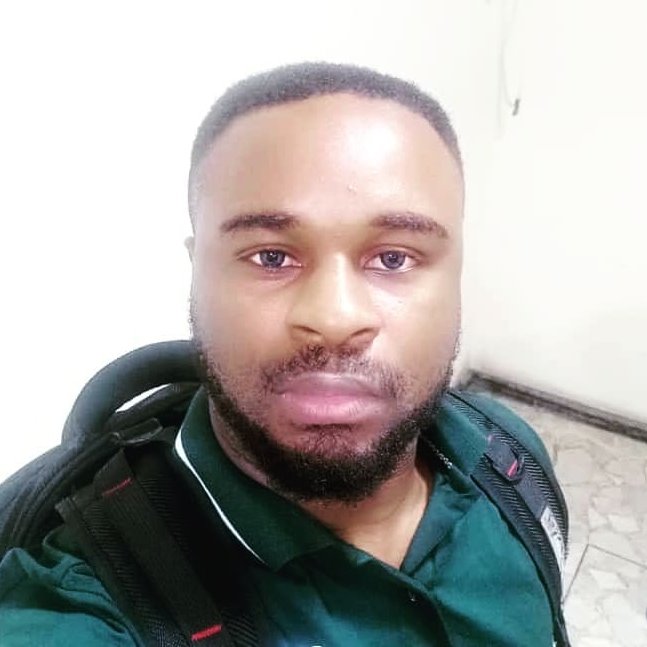 Alexander Thandi Ubani
A Nigerian poet, Alexander Thandi Ubani has taken to Twitter to vent his frustration after a disappointing episode at a bank today.
He took to his Twitter handle @thandiubani and wrote:
Had an awful day.
I arrived GTBank 23 road festac at about 7:03 am today with my facemask to withdraw dollars.
A crowd was there waiting for me with different facemasks.
Like a school of whales, we shouted and murmured at the bank officials for pegging resumption time at 9:00am.
It was going to be a long day after my name ended up on number 136. They gave me a white paper with number 136. I didn't mind if I will get my dollars. So I stood up for long hours just in front of the bank like all the others patiently waiting for my turn.
1, 2, 3 hours gone into the long wait, a shouting match erupted.
A man had noticed that the bank security officers were secretly collecting money to allow people who don't have number to enter.
The young man with a quiet beard and outstretched neck raised his voice at the officials raining expletive at him for daring to prolong his stay at the bank with his economic magomago.
Quietly, I watched with rapt attention to know how it will end because some minutes before that, another man had been accosted and put in his place for trading his number for an undisclosed amount.
The young man with the quiet beard attracted a bigger crowd who directed their anger at the bank security official.
They tried to restrict the young man from getting physical with the security official who had admitted his guilty before promising to follow the book. It wasn't long before it got to the turn of the young man with a quiet beard. He left and calm returned.
I was tired of standing up when I decided to help myself to a nearby pavement, only for my Samsung Tab to fall inside the gutter and drink dirty water.
I was flustered, livid and saddened by the incident that I didn't even know what to do.
DAY RUINED!
It was as if someone had planned to make things even more gruelling for me. It got to my turn around 2:20 pm.
I entered the banking hall after the long hours only for the official who attended to me to tell me that the bank doesn't have dollars.
'What!'
I screamed.
Why didn't you tell me since or make an announcement outside instead of allowing me waste my precious time and money waiting in vain only to hear this awful news?
I bellowed at the teller official.
She didn't give me any reasonable answer. She watched me like a ghost. Shaking her big head and venomous eyes.
I wanted to shout and scream at her, carry one of the iron stools and smash it on the glass near me. But, I just didn't want to make a scene cos even if I do, dollars no dey. They are probably using it to trade because $1/over N400 now.
I carried my two legs labourly out of the bank with anger hanging on my teeth. God punish GTBank. You guys wasted my 7 precious hours. I am not crying sha!
@cenbank this is how @gtbank and @gtbank_help made me suffer today without even a 'sorry' from them. Is it fair?"

Had an awful day.@gtbank_help @gtbank God will punish you people.

I arrived GTBank 23 road festac at about 7:03 am today with my facemask to withdraw dollars.

A crowd was there waiting for me with different facemasks.