See The Staggering Number Of Coronavirus Cases In Africa - WHO


Coronavirus cases in Africa is on the increase according to statistics released by the World Health Organisationl. 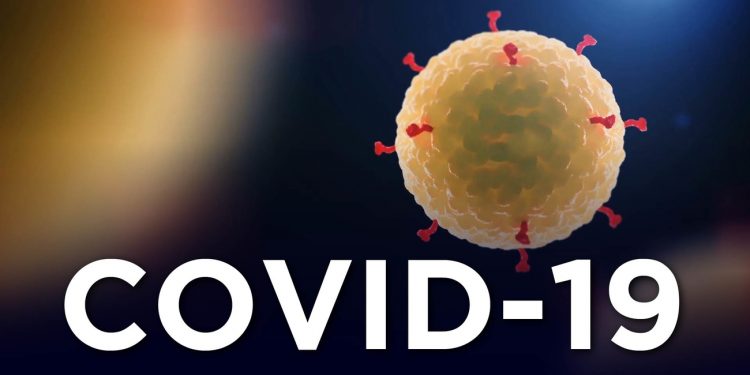 Coronavirus
The World Health Organisation (WHO) says Covid-19 cases have risen to over 51,000 in Africa as at Thursday, May 7.
The WHO Regional Office for Africa in Brazzaville, Congo, gave the update on its official twitter account @WHOAFRO.
“There are over 51,000 confirmed COVID-19 cases on the African continent – with more than 17,000 associated recoveries and 1,900 deaths,” it said.
The figures showed that South Africa, Algeria and Nigeria had the highest reported cases in the WHO Africa Region.
According to the report, South Africa had 7,808 cases and 153 deaths followed by Algeria with 4,997 cases and 476 deaths, while Nigeria had 3,145 confirmed cases with 103 deaths.
Also, Ghana and Cameroon were number four and five respectively with 2,719 reported cases and 18 deaths while Cameroon has 2,265 with 108 deaths.
According to the report, Mauritania, Comoros, Seychelles are countries with the lowest confirmed cases in the region.
It showed that Mauritania had eight confirmed cases with one death; Comoros also had eight reported cases and one death, while Seychelles recorded 11 confirmed cases with zero death.
Meanwhile, in a statement posted on its website, WHO said as the infection spread in Africa’s most populous nation, the Nigeria Centre for Disease Control (NCDC) was ramping up testing capacity.
The UN health agency said when Nigeria reported its first case of the virus on 27 February 2020, it had only five laboratories in four states able to test for COVID-19.
“There are now 17 laboratories and plans are afoot to set up one each in all the 36 states. Widespread testing sits at the heart of Nigeria’s COVID-19 battle,” it stated.
According to the statement, NCDC targets to test about two million people in the next three months.
The statement quoted NCDC Director-General, Dr Chikwe Ihekweazu, as saying: “To achieve this ambitious target, we have to perform 50, 000 tests per state.
“This would require enormous investment and we are working with our partners to achieve this.”
Nigeria, with the help of WHO and Africa Centres for Disease Control and Prevention and other partners, set up the National Reference Laboratory, in the capital, Abuja, and was able to test for COVID-19 in early February.
“It took a mammoth effort from NCDC, WHO and partners to buy and ship kits to Nigeria,” said Dhamari Naidoo, the focal point on laboratories at WHO Nigeria.
WHO has provided technical support, reagents and consumables as well as supporting sample transportation at the state level, and more recently in collaboration with NCDC, using virtual training to scale up capacities for sample collection.
The organisation also supported the development of the national testing strategy and is working closely with all partners to implement all prongs of the strategy. (NAN)
Top Stories