A man and a hooker have been spotted engaging in a serious fight over payment. 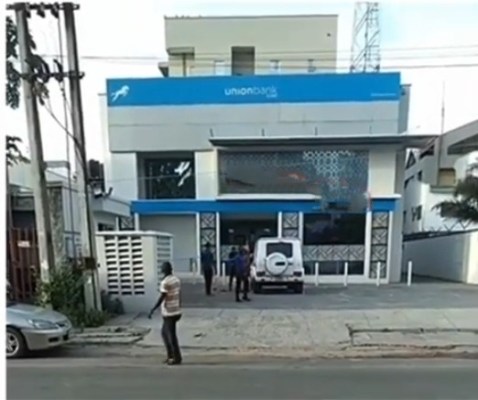 Hooker fighting with man
A hooker has been spotted fighting a client over money in Lagos.
It was gathered that the man failed to pay after spending quality time together with the woman.
The man who drove a G-wagon car claimed to have sent her the money through tranfer, but the hooker insisted she didn’t see any alert. This resorted into an argument and later turned into a fight.
The hooker tore the clothes of the man and even went further to destroy his G-Wagon in the process for his refusal to pay her.
This was said to have happened in the early hours of on Friday morning in front of a popular commercial bank at V.I Lagos State.

Hooker tears her client’s cloth, damages his GWagon over payment, this morning, in V.I, Lagos