“Don't Be Stupid! Odumeje Is Not My Pastor, He Didn't Give Me Spiritual Powers” – Nollywood Actor Zubby Micheal Fumes


Nigerian actor, Zubby Michael has slammed those saying he collected powers from a controversial man of God, Emeka Odumeje. 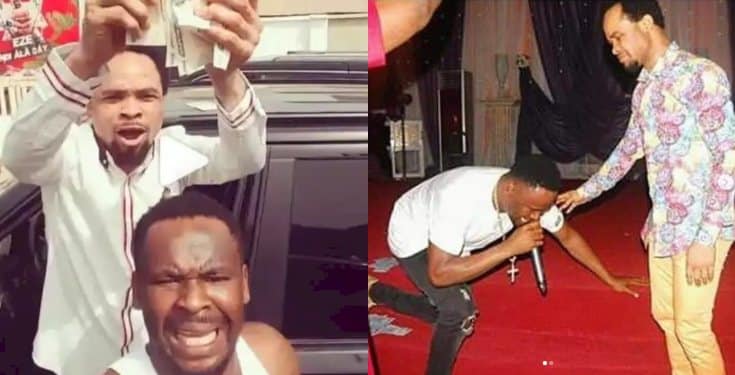 Pastor Odumeje spraying money on Zubby Michael
Nollywood actor Zubby Michael, has denied reports that he is a church member of controversial Nigerian clergyman, Emeka Odumeje.
Recall that Odumeje is in a spiritual faceoff with the people of Arondizuogu over his unbridled verbal assault on late Okoye Pericoma renowned for his spiritual powers as a native doctor.
Odumeje had in one of his speeches said that he had challenged Pericoma to come and show his power when he was alive but he chickened out.
Angered by the talk, the children of the late Pericoma started a war with Odumeje and have gone ahead to invoke the gods of their land to strike Odumeje down.
Zubby who has seen all these, has decided to play safe. Recall that in 2019, videos had circulated the internet of Zubby dancing and jumping alongside Odumeje as the latter went on with his deliverance and prophesies.
This had prompted claims in some quarters that the actor was one of the cleric’s church members.
But on Sunday, the 35-year-old thespian took to his Instagram page to lash out at those he said were spreading false claims that he got spiritual powers for his Nollywood success from Odumeje.
Admitting that he had known the controversial clergyman as a friend back in Onitsha, Zubby added that he doesn’t go to church, talk more of having the self-acclaimed ‘Indaboski‘ as a pastor. 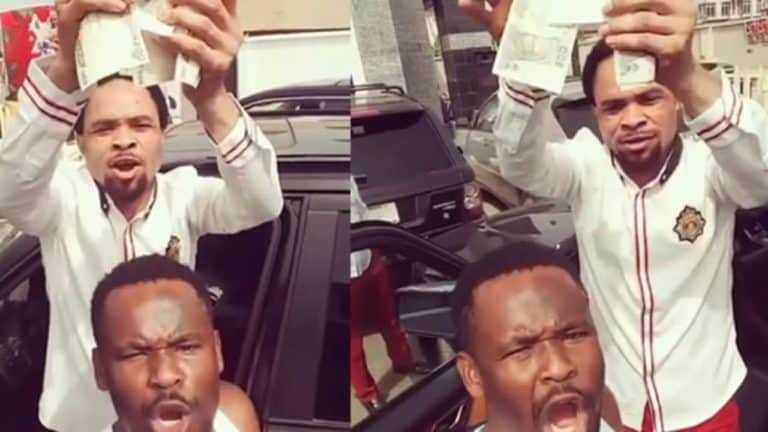 According to him, Odumeje had once graced his housewarming party by doling out over N1 million in cash while he reciprocated the gesture by giving N500,000 during the pastor’s birthday party.
“The lion, Odumeje. Where is he leading you all? You guys can enjoy all the drama but I hate it when you say, ‘that’s where Zubby got powers from, he made Zubby successful’,” Zubby explained.
“Are you sick? The thunder that will fire those making such claims will come from Adamawa! I’m not denying he’s my friend way back from Onitsha. But does that mean I go there to pray?
“Odumeje is my guy, not my pastor. Don’t be stupid. I don’t go to church. I’m more of a spiritual person than a religious. So I hate it when you tag me in your unnecessary drama.
“Especially Tunde Ednut. Are you stupid? Why are you promoting unnecessary drama? Don’t you see what others promote? You’re a fool. I’m saying this because of my fans. 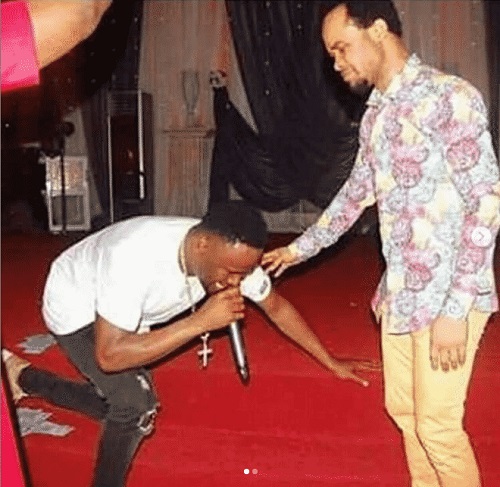 “Odumeje is my guy; during my house warming, he came and sprayed one point something million. He invited me during his birthday, I went there sprayed N500k.
“But, because of that, people are already making false claims. Stop that nonsense. He’s my friend, not my pastor. If you want me in your own show, then pay me and I’ll definitely come.”