Shock As One Die, Four Injured In Anambra Multiple Crash


A woman has lost her life while four others sustained severe injuries in an accident at Onitsha. 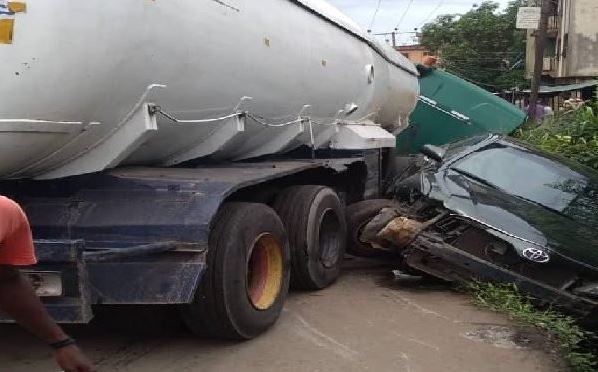 Shock As One Die, Four Injured In Anambra Multiple Crash

A middle-aged woman has died while many others injured in a fatal accident that occurred along Obosi road in Nkpor, Anambra state today May 8.

According to reports, the accident which occurred around 11.51am, involved nine persons and seven vehicles, including an articulated truck conveying cooking gas, a tricycle, and five other vehicles. The deceased was inside the tricycle and died instantly while the injured were taken to the hospital for treatment.

Four male adults sustained varying degrees of injury and the only female victim was confirmed dead by doctors at Boromeo Hospital, Onitsha, where the injured victims were also rushed to by FRSC rescue team from Upper Iweka Outpost.''