A young girl of 5 years has been applauded after she gave more than a thousand bags of her personal toys to kids and health workers. 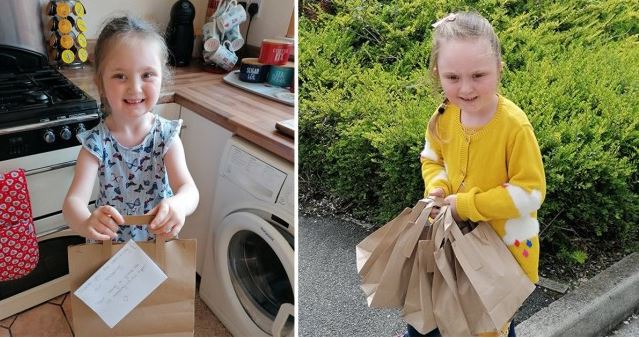 A selfless five-year-old girl has gained plaudits after she hand-delivered more than 1,000 goody bags packed full of her own toys to key health workers and children during the Coronavirus imposed lockdown.

The young girl known as Sophia-Rose started the commendable gesture on 30th March, when she asked her mum Abbie Dawson, 27, if she could deliver packages to houses with rainbow drawings displayed in their neighbourhood during the lockdown.

Her mum was surprised by he daughter's request as Sophia most times struggles to leave the house and is under assessment for autism, so she was happy when Sophia said she wanted to take the goody bags- made up of sensory toys, handmade key rings, sweet treats, and balloon animals, to local nurseries and schools herself. 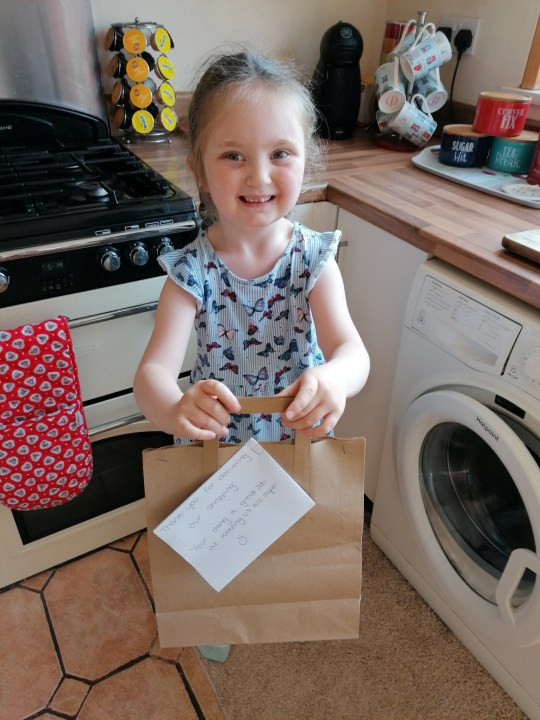 Sophia-Rose has now delivered 1,103 good bags, brightening the days of children in lockdown and key workers at Lancashire police HQ and the North West Ambulance Service. in the UK.

Sophia-Rose said to Metro UK: ‘When I was delivering them with my mum, I loved seeing the rainbows. ‘When people would see what we had left them at their front door, I knew it would make them smile which made me smile too. ‘My favourite part was when I gave the goody bags to the key workers because I could see their big smiles.’ 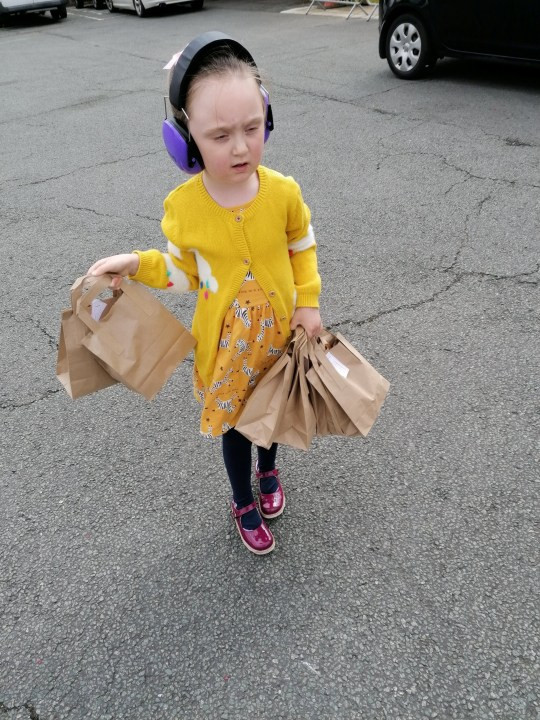 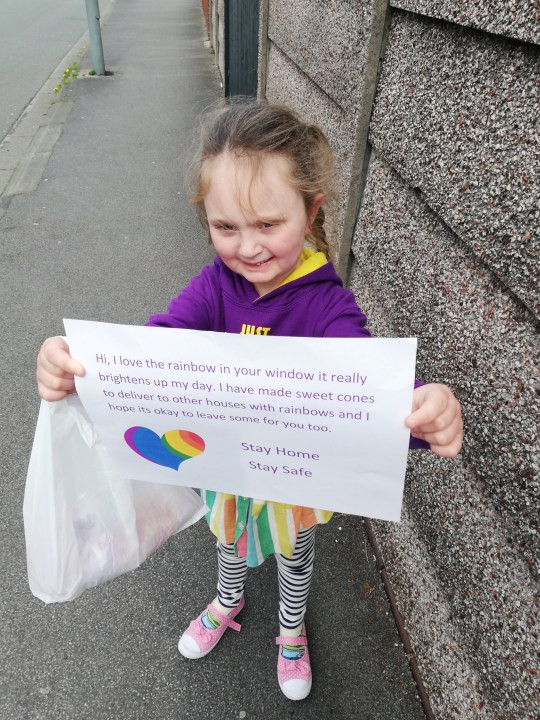 Abbie said: ‘By doing this she is overcoming so much. We had bundles of toys she doesn’t play with anymore and I made the key rings because I thought key workers would appreciate them more than a sensory toy.

'They are keeping the country going and their work deserves to be recognised.'

‘She was inspired to give a toy to people after watching me give things away to friends and family and wanted to start by giving to houses with rainbows. 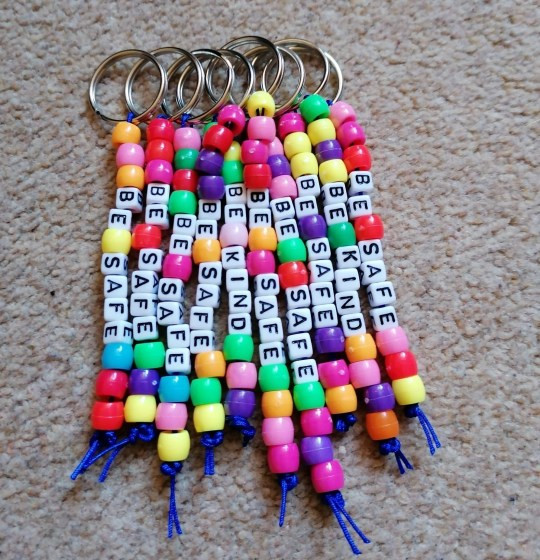 According to Sophia's mum, Abbie, she has had to decline gifts offered to Sophia-Rose to say thank you for what she’s been doing as it distresses the girl.

She said: ‘It’s awful that we have to turn presents down when kind people have gone out of their way to buy them for Sophia-Rose. ‘We don’t mean to sound ungrateful but it’s because Sophia-Rose wouldn’t know where the gifts came from and she would become upset.’