A UNIPORT student who murdered an eight-year-old girl for money ritual has been sentenced to death. 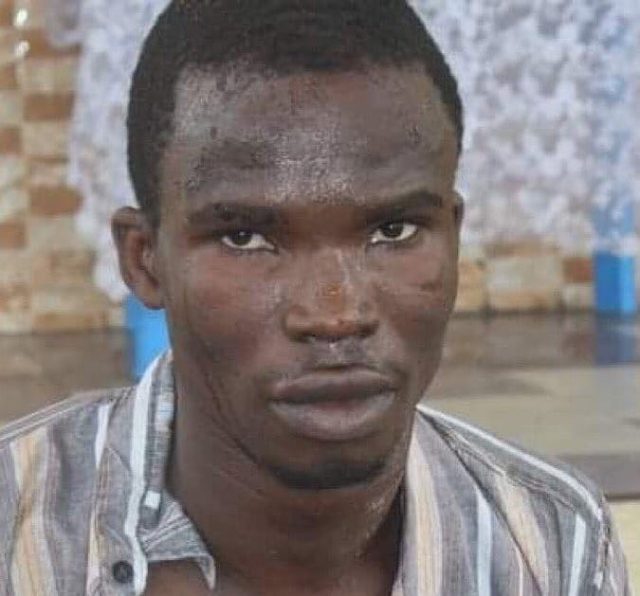 Dike has been sentenced to death
A second year student of Physics department at the University of Port Harcourt (UNIPORT), Ifeanyi Dike, and one Ugochukwu Nwamiro have been sentenced to death by hanging for the murder of an eight-year-old girl, Victory Chikamso Nmezuwuba.
The judgement was given by a high court in Port Harcourt, Rivers State.
The duo were sentenced to death without an option of fine. One is to be hung by his neck until he dies while the other is to be hung on the leg till he dies as well.
Dike, who was aged 23 years when the incident happened in 2017, was apprehended by a local vigilance group in Eliozu axis of Port Harcourt with a sack containing Chikamso’s body following a tip-off. The local security outfit later handed Dike over to the police for further investigations and prosecution.
He (Dike) reportedly removed the victim’s eyes, vagina, finger and tongue, after defiling and murdering her with the assistance of his cousin, Ugochukwu.
Few days after he was handed over to the police, Dike escaped from the premises of the State Criminal Investigation Department (SCID), with the aid of a police personnel on duty, Sgt Johnbosco Okoronze, who failed to handcuff the suspect after he had finished writing his statement.
Dike’s escape raised severe criticisms and condemnation for the police laxity even as the then Rivers State Commissioner of Police, Zaki Ahmed, described it as unfortunate and an embarrassment to the police force.
Some weeks later, Dike was however rearrested in Jos, Plateau State capital by security operatives and was brought back to Port Harcourt for trial. During trial, the police prosecutor, Sgt. Blessing Oheyen, tendered the body parts of the victim as evidence to the court. 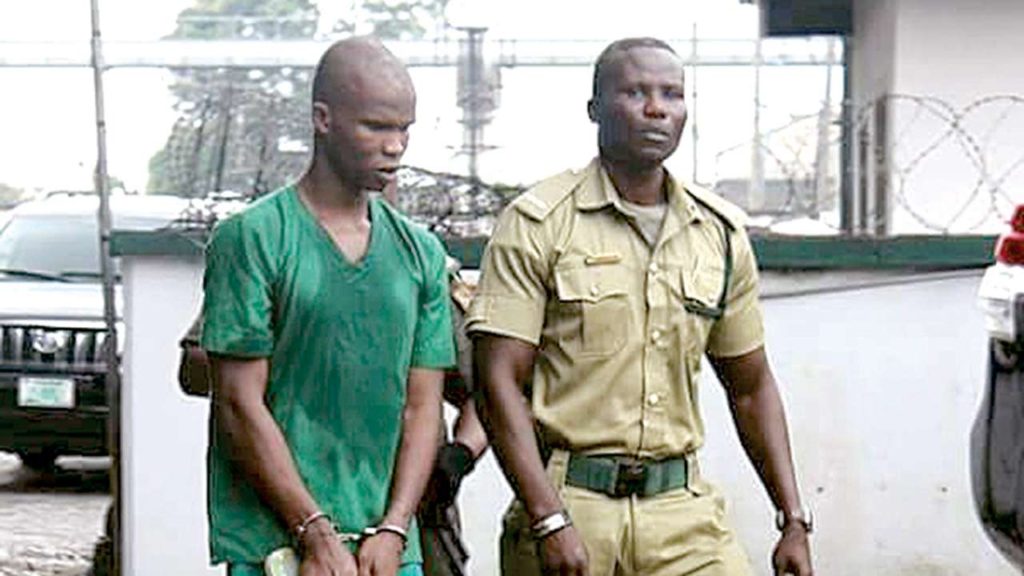 Barely three years after trial commenced, the judge, Justice Adolphus Enebele, ruled that the evidences before the court showed that the duo conspired and murdered Chimkamso and hence, sentenced them to death.
The judge also sentenced Sergeant Johnbosco Okoronze of the State CID to one year imprisonment for aiding the escape of Dike from police custody.
Family of the victim, Chikamso, expressed relief on the judgment while relatives of Dike were seen in court weeping after the judgment was passed.
It was gathered that Dike and the victim lived both on Messiah Street, Eliozu in Port Harcourt.
Father of the slain girl, Ernest Nmezuwuba, had in 2017 told the police he was filled with grief after seeing the mutilated body of his daughter. He expressed shock that Dike could contemplate killing his daughter. “The man who killed my daughter is like my brother, someone very close to me, I can call him my cousin.”
Narrating how his daughter got missing and eventually killed, Nmezuwuba recalled that Chikamso had requested bread for breakfast, which he father bought for her before he left for work.
Nmezuwuba said when he returned home around 3:00p.m. and learnt that his daughter was missing, he immediately began a search. When the search became fruitless, he reported the matter to the police.
“So, around 1:30 a.m. security men said that they had seen my daughter and that I should come and see the man that kidnapped her. I was in my shorts and I rushed to the place with the security agents. I was told that the person that killed my daughter was caught while carrying a load in a sack. The policemen said when they confronted him, he said he wanted to take it to the dustbin.
“When I got there, I asked: where is my daughter? They showed me a sack. As I opened it, I saw my daughter; I peeped and watched very well, the two eyes were off, the tongue was gone, one of the breasts was off, one of the fingers, the smaller one, was off. I watched at the centre, he had carved it (vagina) out. As I turned back and saw him, he (Dike) was looking at the ground.”
Top Stories