Some Pastors in Abuja were seen in a viral video denying their churches and members after they were caught by the COVID19 taskforce flouting the ban on religious gathering. 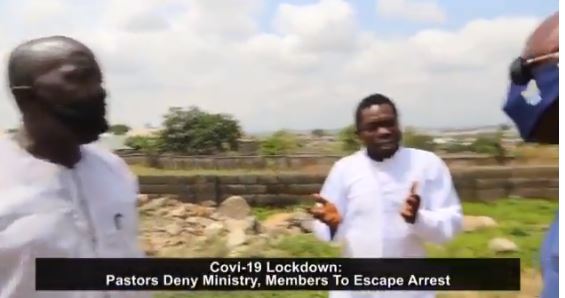 A mild drama ensued in the Federal Capital Territory Abuja earlier today after some pastors who led their members to pray on a mountain in the FCT, denied them after officials of the FCT task force on COVID-19 apprehended them for flouting the ban on all religious gatherings.

In a bid to evade arrest, the pastors openly denied their churches and their members.

Watch the video from the scene as shared by the Federal Capital Territory Administration below;

after they were caught flouting the ban on religious gathering