A fake female pastor has been dealt with and her church destroyed by youths in Anambra state. 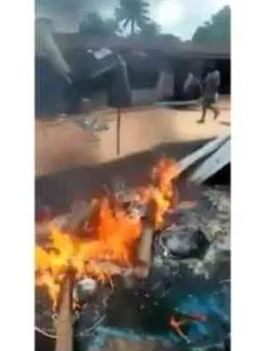 Anambra fake pastor
Youths of Agulu community in Anambra State have destroyed the church of a female pastor in the state.
According to information gathered, the woman identified as 'Sabbath pastor' was said to have been pretending to be a healer, healing people in the community until a friend of hers exposed her secret to the youths of the community.
It was reported that the female pastor whose identity could not be ascertained carried some youths to her church compound were they found some fetish items, picture and names of the boys in the community. 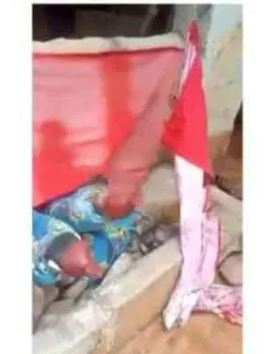 The youths of the community on seeing the items in the compound got angry and began to destroy and set ablaze all the items that were discovered in her compound.
The Vigilantes of the community had to rush in to take her away due to the fear that the angry youths might think of burning her alive for her evil act.
Watch video here: