A South Korean football club has apologised after using s3x dolls to fill their empty stadium for a football match. 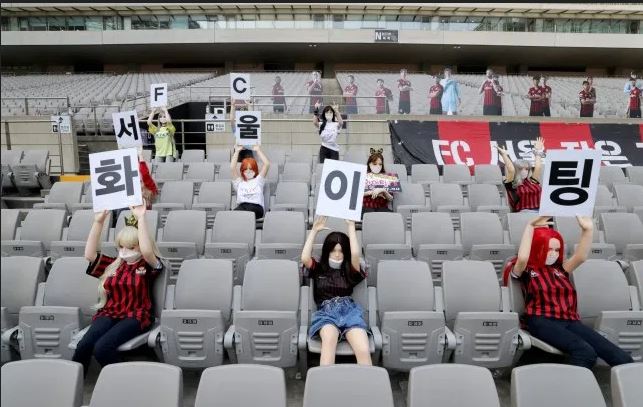 Top-flight South Korean side has apologised after fans accused them of using s3x dolls in the stands.

FC Seoul insisted they were "premium mannequins" rather than s3x dolls  but did admit they came from a supplier that produces s3x toys.

And some of the dolls were holding signs advertising s3x websites despite pornography being banned in South Korea.

The ground was empty, one of many measures designed to prevent a Covid-19 outbreak. 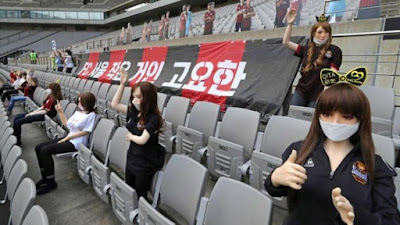 So before the match, a company called Dalcom offered to fill some of the empty seats, and the club agreed. In total, there were 30 mannequins ,25 of them female, and five of them male.

Club official Lee Ji-hoon told the BBC it didn't do a background check on Dalcom, and didn't realise their line of work.

But the club said that Dalcom insisted the dolls were merely "premium mannequins", rather than anything more x-rated.

Mr Lee admitted he thought the dolls looked "very human"  but said it didn't even enter his mind that they could be s.e.x toys.