Dokpesi And His Son Clash Over Comment On COVID-19


Dokpesi and his son have clashed after he asked AIT and Raypower to stop airing his comment on COVID-19. 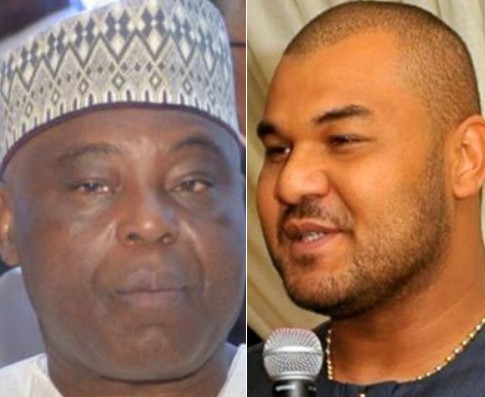 Dokpesi and his son clashed over comments on coronavirus
Raymond Dokpesi, founder of DAAR Communications Plc, owners of Africa Independent Television and Raypower, has asked both broadcast stations to stop airing his comment on COVID-19.
However, this has not gone down well with his son, according to a report by Sahara Reporters.
Recall that Dokpesi had in a recent video said he was confused on the difference between COVID-19 and malaria as all drugs he was given while in isolation were malaria medications.
He said, “What’s the difference between COVID-19 and malaria? Every drug we were given were malaria medications.
"A number of persons who tested positive were checked in reputable labs, hospitals in Abuja and were found to have malaria parasites in their bloodstreams. When did malaria become synonymous with COVID-19?”
But in an internal memo to staff of the two stations on Sunday, the media mogul said he had settled with the Nigerian Government and Nigeria Centre for Disease Control over the issue.
He said, “I write to request you to discontinue referencing the comments and views expressed by both the founder, Engr. Raymond A.A Dokpesi, and the Chairman, Chief Raymond Dokpesi Jnr, in all your news bulletins and in fact bring them down from your official websites for now.
“Very senior citizens and elders have argued and I agree with them that I should have addressed a private message to the PTF and the Presidency rather than cast aspersions on their methods thereby creating doubts in the minds of the public.
"I also agree to an immediate truce.”
But in a swift reaction upon his own release from isolation center, Dokpesi Jnr said caution must be exercised in comparing Coronavirus to malaria.
Apparently slighted by his father’s censorship of his views, Dokpesi Jnr was said to have told some DAAR Communication staff that he will not grant any more interview to his father's media organisation.
He said, “I note and observe that the Facebook link that started trending has been taken down. I regret the action but reserve comment.
“Please note that this was my last interview with any DAAR Communications PLC media and I will never grant this media house comment on any issue whatsoever.
"If you have interest in any comment I may have, you may report it from other media houses or from my personal social media comments.
"Please do not even consider approaching me for any comments. Official comments regarding DAAR Communications PLC shall henceforth be routed via press release through the ED Corporate Communications or the Company Secretary.” 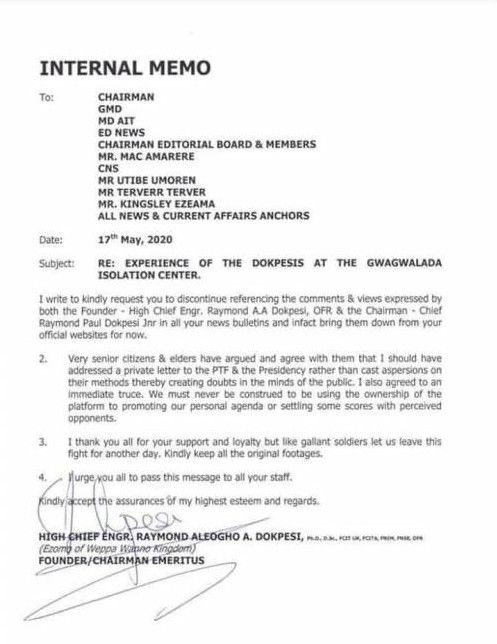