After releasing tribalist comments against Igbos, a Nigerian woman has found herself in serious trouble. 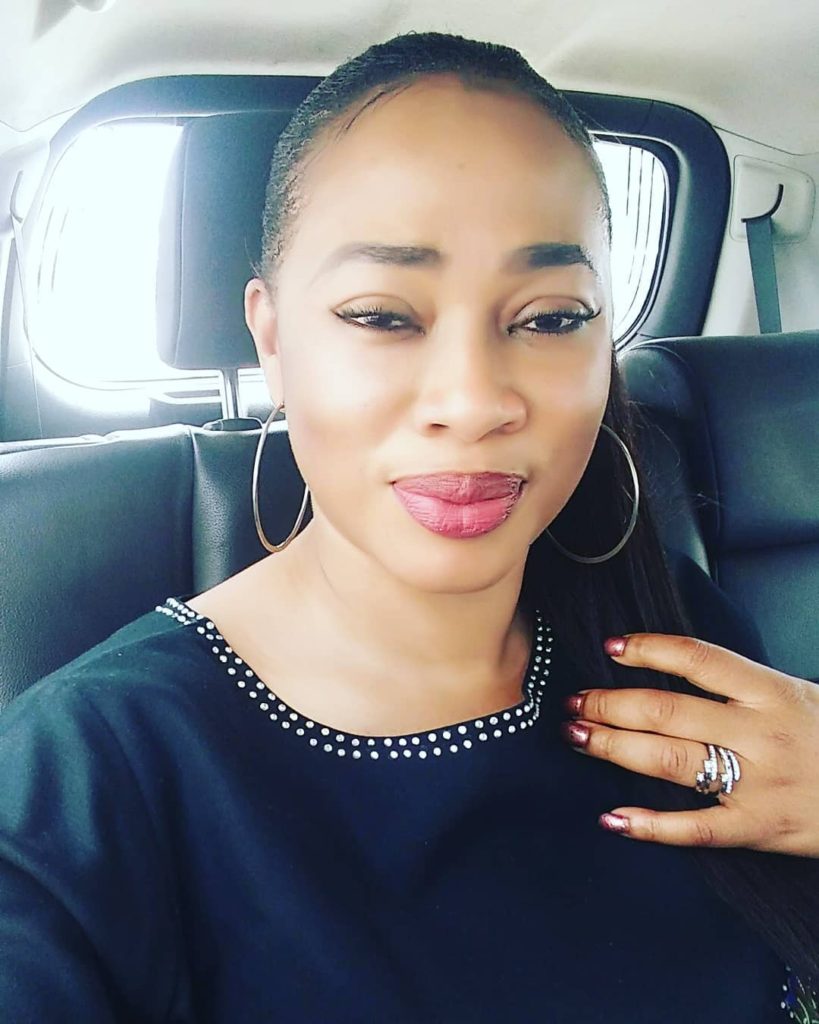 Susan Ade Coker
Rant HQ founder, Suzan Ade Coker might be in for more trouble after labeling Igbos in her group 'senseless'.
Recall that we reported that the owner of the popular Facebook group which boasts of over 1 million members got into trouble after she insulted Igbos and vowed not to apologise over the ethnic diatribe.
After Igbos in the group expressed disappointment over her post, she asked those who were offended to exit her group.
Not happy with that, some Igbos accused her of being a tribalist and reported her to the organizations she represents.
Her website, ranthq.org has been suspended alongside an advert on coronavirus she shot for the World Health Organization which had been running on the international website's Twitter page for some time now.
There is currently a petition on Change.org accusing her of scamming a company of thousands of Euros. The petition has garnered over 8,000 signatures calling for the closure of her company and investigation into the allegation.
Facebook has also given her warning after the group was reported for hate speech. 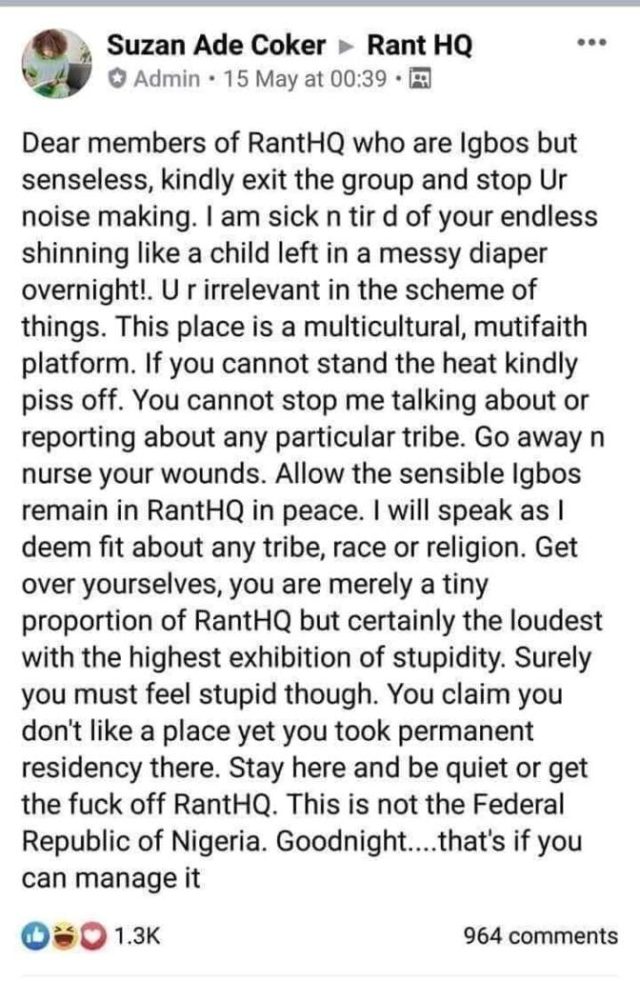 Reacting, she wrote:
Thank you Facebook!
Some posts removed but group NOT pulled down!
We promise to do better. We promise to continue to give people the room to express themselves within the confines of Facebook community rules. Ultimately we shall use this platform to build and encourage, oneness, peace and unity of mankind worldwide. We shall do everything within our power to ensure this on a daily basis by adhering strictly to Facebook community rules.
We would like to use this opportunity to thank everyone for their support for RantHQ. God bless you. Amen.
Kindly note, we would be a little more strict in standard and conduct. I understand that this may not be suitable for all. Therefore we ask that we all carry on in a manner appropriate and in line with Facebook community rules. 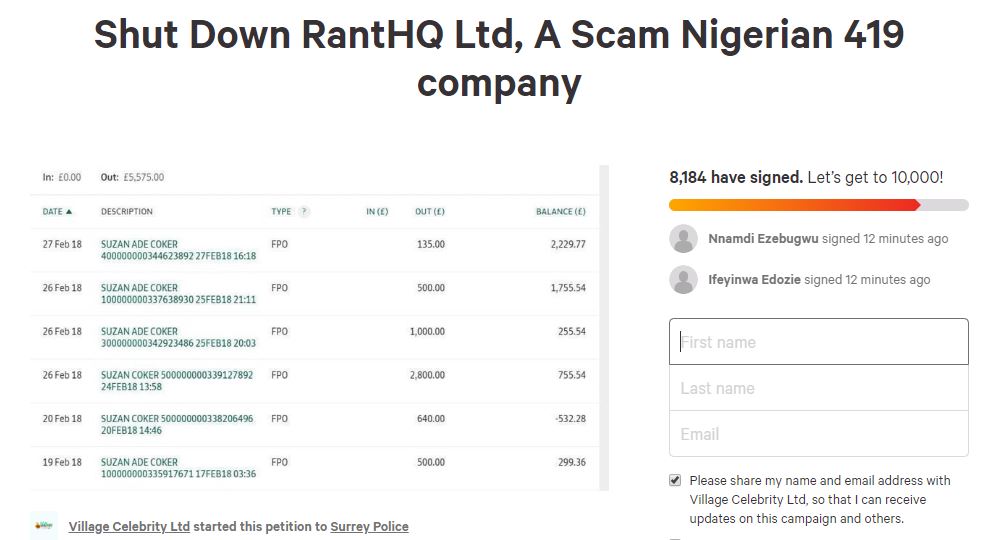 Thank you all and God bless.
RantHQ admin. I am short of words. The heavens will attend to you. Amen. 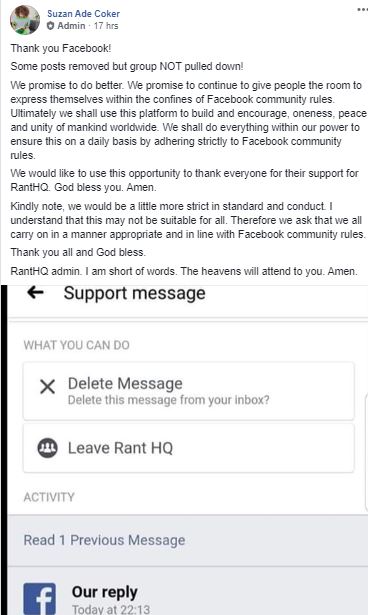