Three Years After Installation, Oba Of Benin Welcomes First Child On The Throne


Oba of Benin, Omo N’Oba Ewuare II has been blessed with a child on the throne three years after his ascension. 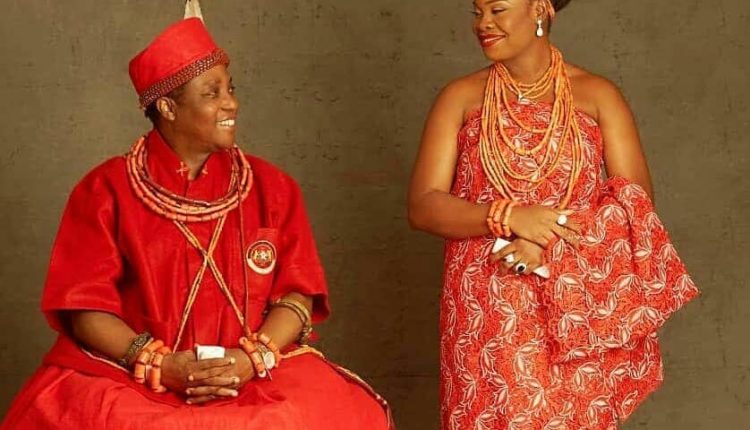 Oba of Benin, Omo N’Oba Ewuare II welcomes a child
Three and a half years after ascending throne, Oba of Benin, Omo N’Oba Ewuare II has welcomed a baby boy into the royal house.
The ruler of Benin made the announcement on Monday, according to a report by Nigerian Tribune.
The traditional ruler was installed on October 20, 2016.
Oba Ewuare who disclosed this at a press briefing at his palace through the Iyase of Benin, thanked God and the ancestors for the baby, noting that mother and child are alive, hale and healthy.

“By the grace of the almighty God and the benevolence of our ancestors, the Benin Traditional Council on behalf of His Royal Majesty, Omo N’Oba N’Edo Uku Akpolokpolo, Oba Ewuare II, Oba of Benin and the Royal Palace of Benin Kingdom, joyfully wish to announce that Her Royal Highness, Queen Iyayota of Benin Kingdom has been delivered of a bouncing baby boy.
“The prince and his mother are in execellent health and good spirits,” the traditional ruler said.
“It is our prayers that the prince will grow in good health and that he shall be blessed immeasurably by the Almighty God and, the great royal ancestors with the wisdom, kindness and generosity, knowledge and courage of his illustrious father, His Royal Majesty, Omo N’ Oba N’ Edo Uku Akpolokpolo, Oba Ewuare II,” he prayed.
Top Stories