A popular American actor who starred in Twilight movie has been found dead alongside her girlfriend. 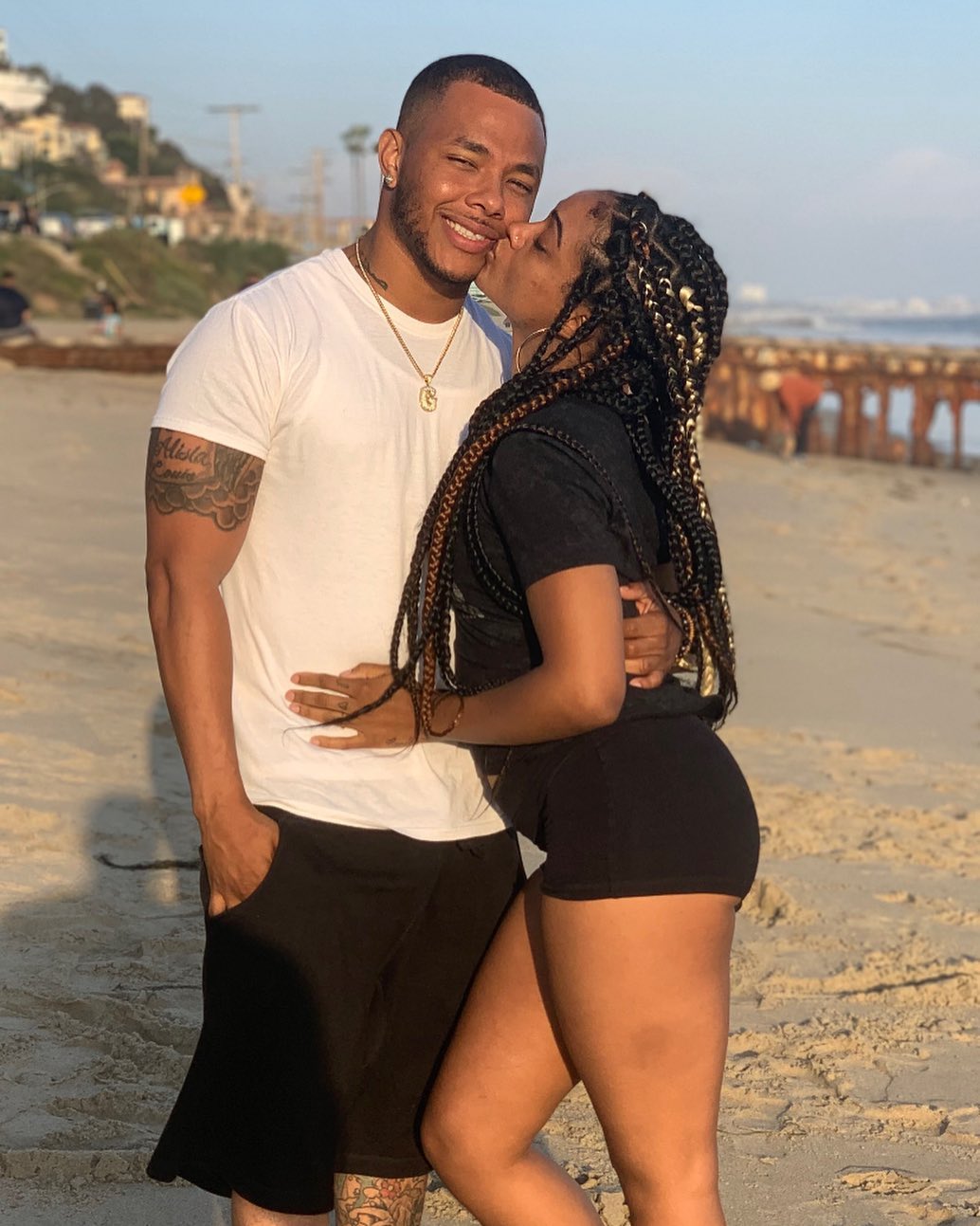 Tyree Boyce and Natalie Adepoju
Natalie Adepoju, Nigerian girlfriend of “Twilight” actor Gregory Tyree Boyce have both been found dead.
The duo were found dead at their Las Vegas residence on May 13 around 5 p.m.
Boyce, 30 is best known for playing Tyler Crowley in 2008’s “Twilight” and has been in a relationship with 27-year-old Nigerian, Adepoju. In “Twilight”, Boyce’s character Tyler Crowley is a classmate of Bella Swan (Kristen Stewart) who nearly hits Swan with his van, only for her to be saved by vampire Edward Cullen (Robert Pattinson).
The cause of the couple’s deaths have not been revealed. According to the E! News, it was the actor’s cousin who found the bodies of Boyce and girlfriend Adepoju. “Greg’s cousin woke up and noticed that Greg’s car was still at the house. He was worried because Greg was to be in LA. His cousin went to check on him and found them,” a source told the publication.
Boyce’s mother, Lisa Wayne paid tribute to her son in a post on social media. She said Boyce had been working to open a wing shop called West Wings, with sauces named after West Coast rappers.
“My baby boy, Greg Boyce was the best chef….oh man. He was in the process of starting a wing business, West Wings. He created the flavors to his perfection and named them after west coast rappers. Snoop Dog, Kendrick Lamar, Roddy Ricch, The Game, etc. He had flavors like, Tequila Lime Agave…those were my favorite. A Hennessy Maple flavor, oh man, just so damn good. I can say that my son was my favorite chef. He was on to something great and that was his passion…”
In an Instagram post, Boyce reflected on life when he turned 30 in December 2019.
“At one point I didn’t think I would make it to see 30 years old. Over the years like everyone else I have made mistakes along the way, but today is one of those days I only reflect on the great ones. What a time to be alive. Happy Dirty 30 self! Let’s make the rest of these years your best!”
Boyce is survived by his mother and his 10-year-old daughter, Alaya
Natalie Adepojou’s family launched a GoFundMe account with a $15,000 goal. The family chose not to reveal the cause of death and asked their wishes to be respected.
“However, due to the sudden passing and the need to bring Natalie home, we are asking if you can help with any monetary donation,” organizer Mariah Megginson wrote. “Natalie had so much life to live we are saddened that her life was cut short. Natalie leaves behind her one son, her father, 2 brothers and 1 sister, and a host of family and friends who love her dearly. Any amount would help send our baby home the proper way.”
Top Stories