A Nigerian lady took to Facebook to cry for justice as her cousin was unjustly shot by SARS officials in Abuja. 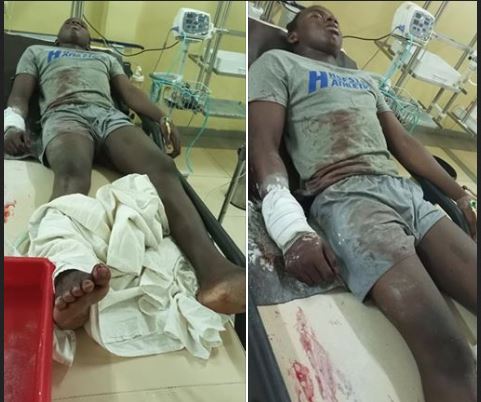 A Nigerian lady, Fatima Babashehu Liman, is demanding justice for her cousin, Sadiq, who suffered gunshot injury in his hand after he was allegedly attacked by SARS officials in Abuja on Monday May 18.

With deep sorrowful broken heart I write dis painful story of what happened to my cousin today. Today as a Nigerian citizen, I have seen the highest order of abuse of office by the SARS officers and cruelty.

At about 1pm SARS officers jumped the fence and entered my aunt's house in gwarinpa abuja, and started shooting, Sadiq was performing ablution for zuhr prayers.

He handcuffed Sadiq and one of the neighbour's son and took them in to their vehicle. Meanwhile, the remaining officers broke the doors in to the house, brought out the remaining boys and her husband and started beating them up and took them away and after some minutes, some of the officers came back to the house and packed the bullets that were on the floor in an attempt to hide evidence.

After making several phone calls, they were said to be taken to the SARS office at Guzape with alot of cooked up stories. On reaching there, they took us to see one of the heads of the office.

He narrated the story that the officers were chasing a kidnapper demanding a ransome and the kidnapper jumped into my aunt's house and that they didnt shoot any body, that Sadiq got injured by a barb wire while trying to escape and that Sadiq is the kidnapper.

After narrating our own side of the story, the officer realised they were some hidden facts. After clear listening to his step mum, the officer asked them to release every body. I demanded they take Sadiq to the hospital and get him treated and they must foot the bills. The commander and his deputy threatened to arrest me for saying that, and he said everyone should be rearrested he is not releasing anybody.

After going back and forth, I insisted they give us Sadiq for treatment and seeing is a gun shot injury, non of the hospital's will accept us without a police officer attached to us. I demanded one of the police officer accompanies us to the hospital. They took Sadiq into their Hilux vehicle, drove him to National Hospital and left.  The Doctors told them to wait behind and submit their statement, they refused and left us there.

When the bandage on Sadiq's hand was removed, it was a gun shot injury. The bullet has damaged his Radius and Ulna bone, and also damaged the whole tendons on the wrist. We are demanding justice for Sadiq and the entire Family if there is any justice remaining in Nigeria, if not we have raised our hands and prayed to Allah in this Holy month for devine intervention, but today as a Nigerian Citizen, our government has failed us.

SARS officers are very cruel and in human, the officer that shot Sadiq was looking like a hoodlum, with is tattered hair style and chains hanging around his neck, if any one can help us raise the alarm until it reaches the ears that needs to hear and Justice is given to Sadiq it will be appreciated, pls help us share until it reaches the ears that need to hear... This is Sadiq's picture at the trauma Centre in National Hospital Abuja...''

LIB contacted the FCT police command spokesperson, DSP Anjugurijesse Manzah, to react to the allegation. He said he has no information on the incident but will make inquiries. 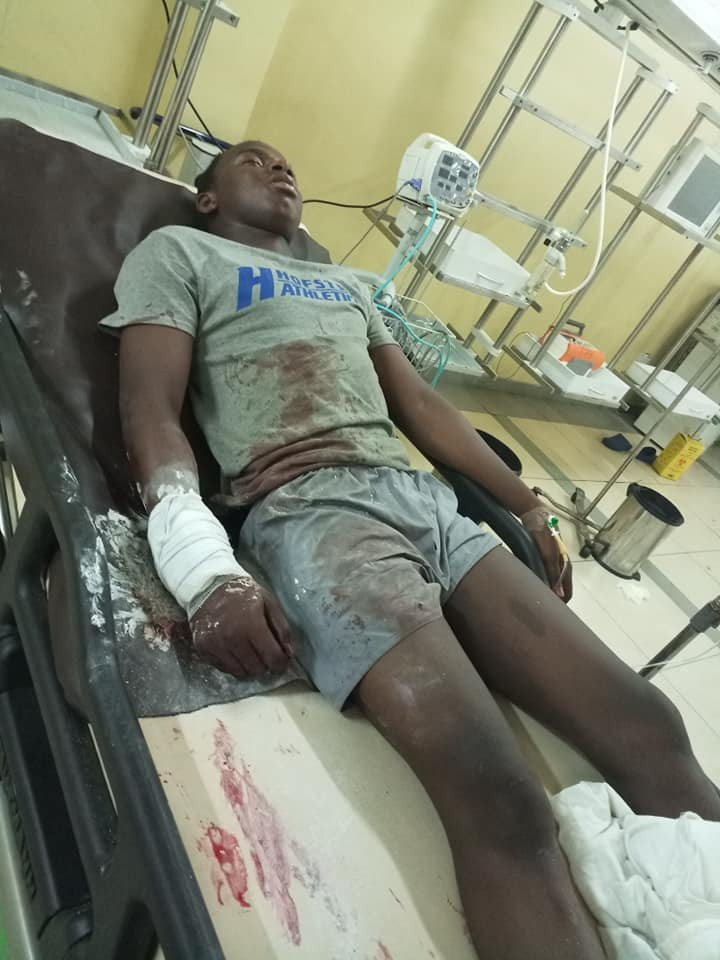 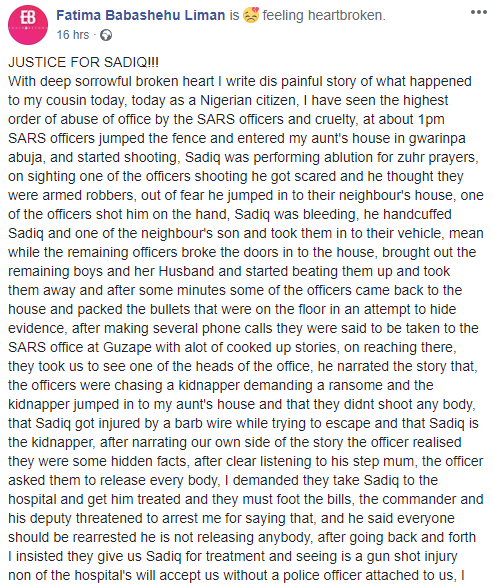