Man Kills His Girlfriend And Her Two Daughters After Heated Argument, Then Does This Sad Thing To Himself (Photos)


An angry man has taken the life of his partner and that of her two children after a heated argument. 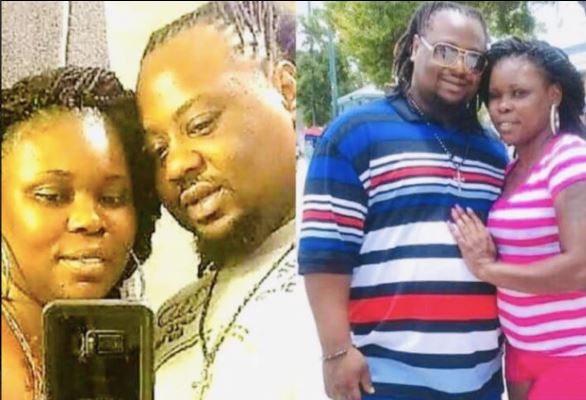 The man killed his partner and her two daughters after a heated argument
A mom and her two daughters have been killed by her partner after a heated argument in South Carolina.
Sun UK reported that Shanta Singleton and her two daughters Essence, 15, and Tre’vay, 12, were killed, while two other children managed to escape the house.
Singleton, whose birthday was on 16 May, the same day she was killed, was believed to be on her way home from Myrtle Beach with her four daughters when they realized they were being followed.
According to Calhoun County deputies, when they arrived at the home on 145 Bugleflower Lane, deputies say Singleton and the man, Gabriel Jordan, got into an argument.
Singleton's children tried to help her when Jordan began to choke her, according to the incident report. Moments later he killed her, two of her daughters and then himself.
Calhoun County Sheriff's department responded to the residence near St. Matthews just after 7pm Sunday and discovered the bodies of four people who had been killed by gunshots.
Jordan, also 37, died of a self-inflicted gunshot wound
“Any incident involving the loss of life is tragic, but in this case the senseless violence is unimaginable”, said Calhoun County Sheriff Thomas Summers. “This entire family and the community are grieving over this senseless act.
“No one should be capable of this level of violence”.
Singleton and Jordan were, “together off and on for many years,” Summers added.
Linda Grant, a neighbor who lives on Bugleflower Lane, told the Times and Democrat: “It’s just sad. I really can’t even process what happened. It’s bad enough when adults are involved, but when children are involved, that’s just hard to break it.”
Tre’vay, 12, jumped on Jordan's back and he shot her, the local paper added. Then he shot 18-year-old Shantasia Stroman in the arm, Calhoun County deputies said.
As Shantasia ran to a neighbor's house for help, she saw Jordan with his gun chasing her 15-year-old sister Essence into the house.
Essence's body was later found by police in a bedroom.
One of the children told investigators Singleton went to Myrtle Beach with another man and Jordan followed them home, Calhoun County Sheriff Thomas Summers told the newspaper.
According to Summers, Singleton was telling Jordan their relationship was finished, and she had been at the beach with another man, who she was now dating.
Attorney Chasity Avinger who served as a court-appointed guardian ad litem for one of the children said: “Shanta was a very hardworking and dedicated mother.
"Her children were reflection of that love and devotion to their well-being and their losses will be felt by many."
Top Stories