A terrorist has met his death in the hands of Nigerian soldiers after he was ambushed and surrounded. 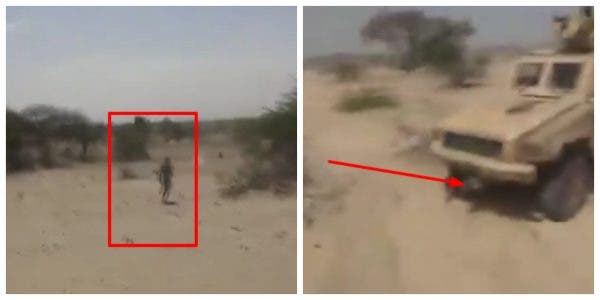 Boko Haram terrorist killed by soldiers
A Boko Haram terrorists has met his death on Wednesday after being ambushed by some Nigerian soldiers in Borno state.
A video of the moment he was surrounded and run over with armoured personnel carrier while trying to run away has surfaced.
As the soldiers shot at the man severally, it appeared as though he was hit by a bullet as he sat still on a spot in the area before an armored carrier was driven over him.
It was surprising the suspect didn’t die as the soldiers continued to rain bullets on him
See video:
Top Stories