A woman have been arrested by the police for trying to strangle her children to death claiming she is a bad mother and can't take care of them. 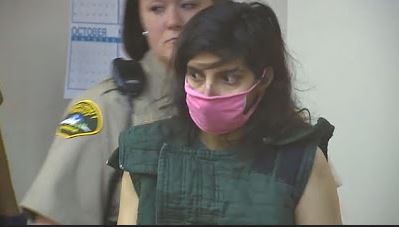 A Washington state woman who allegedly tried to strangle her two young children to death admitted she did so because she's 'a bad mother'.

On Sunday, officers with the Fife Police Department rushed to the home of Hina Sadia, 31, after she called 911.

She told authorities that she killed her four-year-old daughter and her two-year-old son was next.

When asked why she wanted to kill her own children, Sadia reportedly told dispatchers: 'I am a bad mother and I cannot take care of my kids.'

When police arrived at the home, they found the front door locked and heard Sadia crying inside while a child screamed.

Sadia eventually unlocked the door and was arrested.

The children were found naked and wet in an upstairs bathroom.

The girl was limp and not moving and the boy was sobbing at her feet.

'The defendant told detectives she could not do anything for her children, and they were not going to contribute to society, so it would be better that they die, and she decided to kill them,' wrote prosecutors. 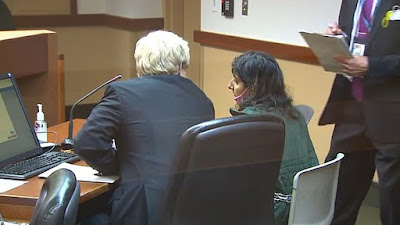 Sadia reportedly said she choked her son first, but then decided her daughter should die first instead.

'She was not responsive upon initial contact and they began life-saving breathing medical attention until Tacoma Fire arrived on scene and took that over,' according to Assistant Chief Dave Woods with the Fife Police Department.

The children were taken to Mary Bridge Children’s Hospital, where the young girl is in critical condition and the boy is stable.

During the incident, the children's father who also lives in the home was at the store.

Investigators are shocked by Sadia's alleged actions and don't yet have a motive.

Sadia was charged with two counts of attempted murder and is being held at the Pierce County Jail on a $1million bond.