Juventus player, Cristiano Ronaldo took to social media to show off his new look for the season. 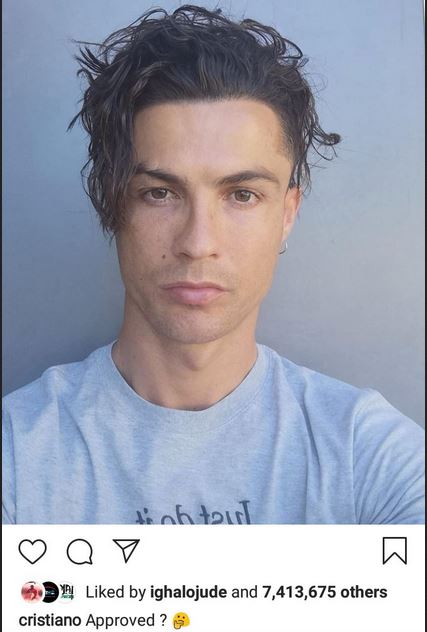 Cristiano Ronaldo took to Twitter and Instagram to show off his new hairdo and he asked his followers' for their opinion.

The Juventus star player, who has changed his hairstyle several times throughout his career, shared a photo of his new hairstyle with the caption: "Approved?" 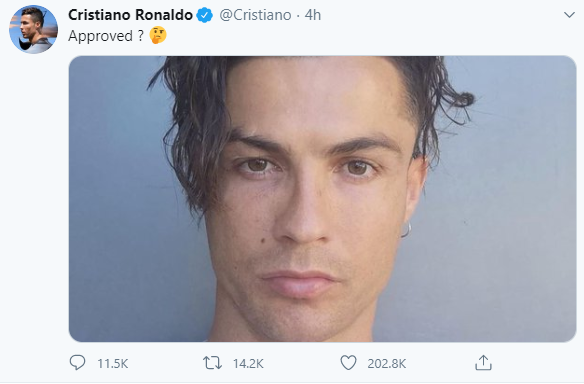 His followers replied by giving their opinions; 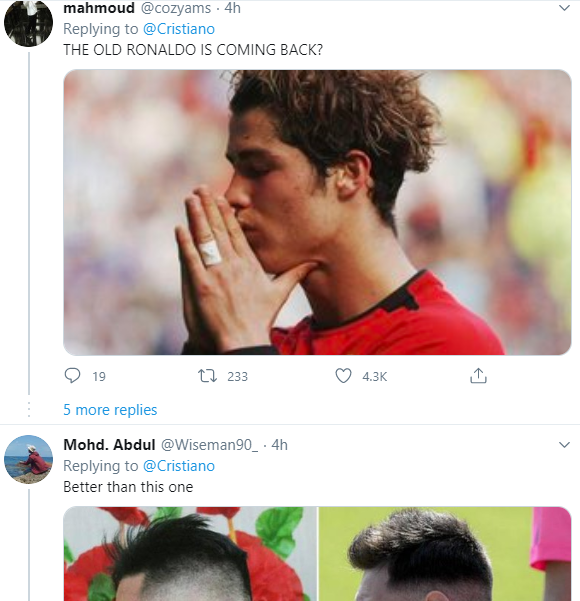 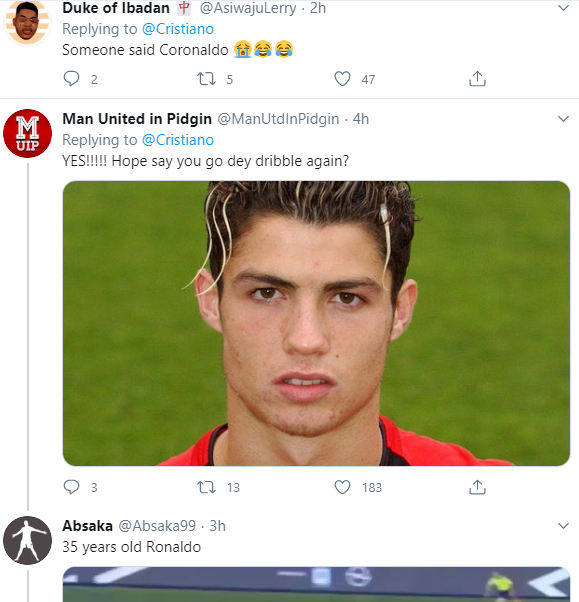 Ronaldo isn't the first player to debut a new look following the Coronavirus lockdown. Barcelona superstar, Lionel Messi recently shaved off his beards and showed off his new look .

Also, Chelsea and France footballer, N'Golo Kante trended on Twitter after he showed up for the Blue's first training session with a full head of hair.