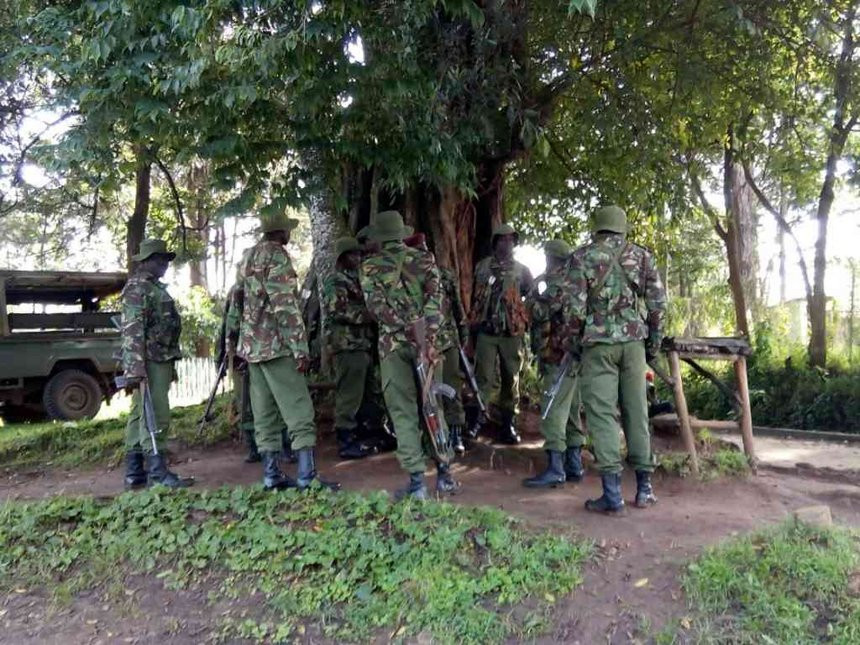 Two Kenya Defence Forces (KDF) soldiers and a police officer shot and seriously injured each other after they mistook themselves for terrorists in Bura, Garissa County.

The police officer identified as Constable Emmanuel Ngao reportedly felt challenged by the two KDF soldiers, Senior Private David Mbugua and Jeremy Malusi who were on patrol and shot them during the confrontation. They also shot him in the process.

A police report read; “Constable Emmanuel Ngao was challenged by KDF soldiers, Senior Private Jeremy Malusi and David Mbugua. He mistook the officers to be militants, he shot and seriously injured them. The soldiers fired back and the policeman was injured on his leg.

“The three officers sustained gunshot injuries and were taken to Bura East Sub-County Hospital and are in critical condition."

Garisa police commander, however said a full report will be issued after investigation has been concluded. It was further learnt that Constable Ngao had only left a female friend’s house when the incident happened.