Heroin Worth £8.5 Million Stashed In Fruit And Nut Boxes At Heathrow Airport


Heroin worth £8.5 million has been found inside boxes of fruit and nuts which were seized at Heathrow Airport. 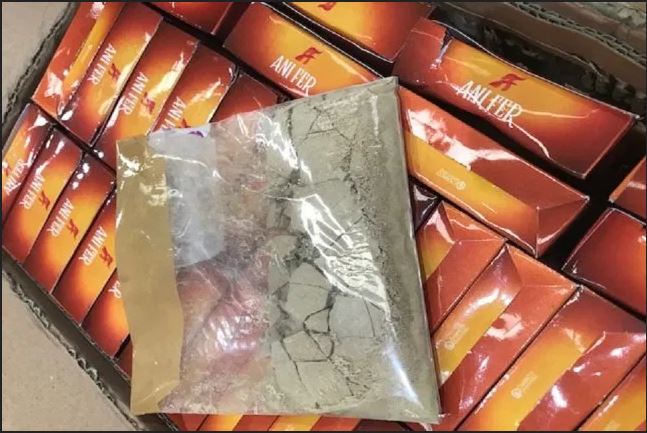 Heroin Worth £8.5 Million Stashed In Fruit And Nut Boxes At Heathrow Airport

Heroin with a street value of more than £8.5million has been found hidden inside boxes of fruit and nuts at Heathrow Airport, London, UK.

According to UK Border Force immigration officers, they found about 170kg of heroin hidden in envelopes that were concealed in the walls of a consignment of 630 boxes on the 21st of May and arrested two men, aged 36 and 51 as suspects.

The two men were arrested near Bradford on suspicion of importing class A drugs.

According to authorities, the suspects are still under investigation.

Minister for Immigration Compliance and the Court, Chris Philp said: ‘This substantial seizure was the largest class A drugs detection so far this year by Border Force at Heathrow'.