In what will come across as a really startling development, a man has been electrocuted weeks to his wedding. 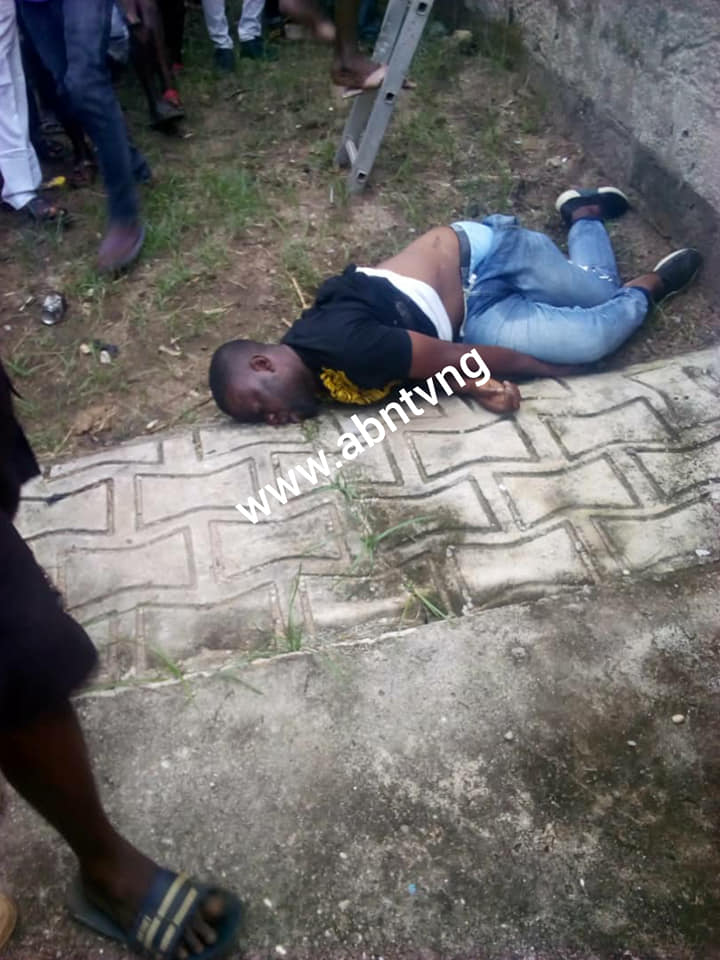 The man was electrocuted

A middle-aged man identified as Chukwudi was on Wednesday electrocuted to death in the Opobo road, the commercial nerve centre of Aba, Abia state, throwing residents into confusion, ABN TV reports.

It was gathered that trouble started when Chukwudi discovered a loss of electricity supply in his apartment situated in a public compound, a situation that prompted him to search for the solution.

He was said to have used a ladder to climb the electricity pole in search of the fault even though he is not a staff of the distribution company, EEDC in the area.

Luck however ran out of him as a powered electric cable was said to resting on a barbwire near the pole he was allegedly climbing.

Source said he was trapped in between the pole and the electrified barbwire, making it difficult for him to escape.