An American doctor is warning a plague that could decimate half the world's population might be around the corner, and it would make coronavirus look like child's play. 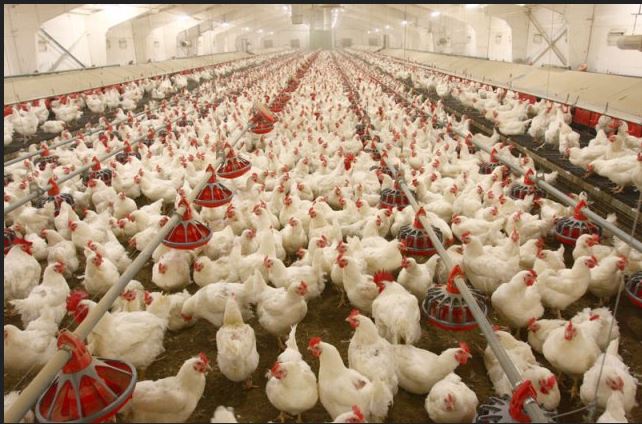 The coronavirus has killed over 365,000 people worldwide in just five months but that’s nothing compared to what could be coming if humans don’t clean up their act when it comes to chickens.

In his new book, “How to Survive a Pandemic,” Dr. Michael Gregor, a scientist and physician who once testified for Oprah Winfrey in her “meat defamation” trial, warns that an apocalyptic virus emanating from overcrowded and unsanitary chicken farms has the potential to wipe out half of humanity.

Greger, a vegan, writes that “In the ‘hurricane scale’ of epidemics, COVID-19, with a death rate of around half of one percent, rates a measly Category Two, possibly a Three,The Big One, the typhoon to end all typhoons, will be 100 times worse when it comes, a Category Five producing a fatality rate of one in two, Civilization as we know it would cease".

While environmentalists warned earlier this month that the world would face another stronger epidemic if we continue to have contact with wildlife, Gregor places the blame squarely on chickens.

“With pandemics explosively spreading a virus from human to human, it’s never a matter of if, but when,” Greger writes.

Citing the bird-based Spanish Flu outbreak of 1920, and the H5N1 outbreak in Hong Kong in 1997, Gregor writes, “the worry is that the virus never stands still but is always mutating. This is the monster lurking in the undergrowth, the one that makes epidemiologists shudder.”

The Hong Kong outbreak, which originated in a bird market, “started with a three-year-old boy in Hong Kong, whose sore throat and tummy ache turned into a disease that curdled his blood and killed him within a week from acute respiratory and organ failure.” While only 18 people contracted that flu, a third of them died.

During that pandemic, the government killed 1.3 million chickens in an attempt to eliminate the virus but there have since been two more outbreaks between 2003 and 2009 outside of China.

But with over 24 billion chickens on earth feeding the world, what can be done?

Gregor writes we have to change the entire system away from large scale farms where chickens are fed antibiotics and are crammed together and pass diseases from one to another easily to smaller, free-range farms and eventually not eating chickens or ducks at all.

“The pandemic cycle could theoretically be broken for good,” he writes. “Bird flu could be grounded.”

But until then, he warns, “as long as there is poultry, there will be pandemics. In the end, it may be us or them.”