BBNaija star, Khafi has spoken out about why she never reported her assaulter after she was r*ped. 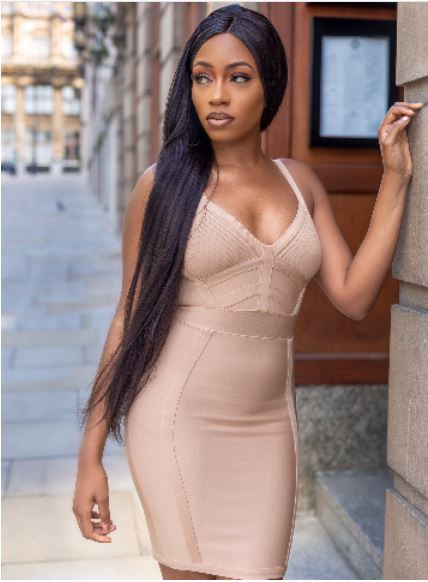 Ex-BBNaija housemate, Khafi Kareem, has boldly revealed that she was r*ped as she joined the Twitter conversation about r*pe and s*xual violence against women.

Explaining why she never reported her rapist, Khafi, who admitted that her rapist apologised right after the incident, said: 'I made myself believe him being drunk was an excuse.'

Khafi also went on to say that she opened up to someone about the r*pe incident, but the person ended up blaming her for getting r*ped.

According to the reality star, she decided to share her story to give hope to other victims to speak up about their own experiences.

She wrote: '#WhyIDidntReport - because he apologised right after. Because I made myself believe him being drunk was an excuse. Because the one person I did tell said I caused it. Because I felt dirty and ashamed. #WeAreTired.'

'Yes, this did happen to me. I’m sharing in the hope that others will feel no shame in sharing what happened to them. Please don’t deflect or say it is not my story when it was already hard enough sharing it.' 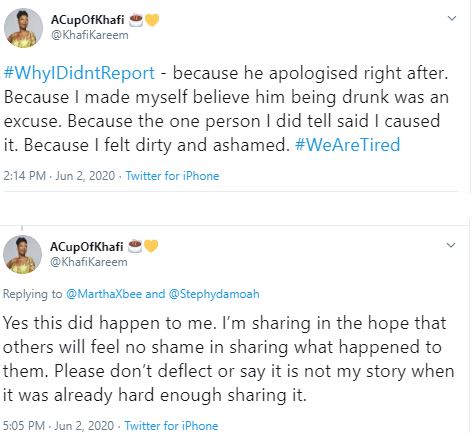