Governor El-Rufai, took to Twitter to advise his wife, Hadiza Isma ElRufai on how to deal with trolls online. 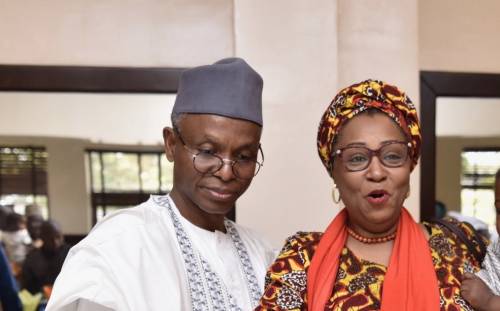 Hadiza Isma El-Rufai, the wife of Kaduna State governor, Nasir El-Rufai took to her Twitter page to openly ask her followers to suggest if she should start blocking trolls.

'To block or not to block? That is the question.' she asked.

Surprisingly, her husband, Governor Nasir El-Rufai replied her, saying: 'Don’t honour them by blocking......mute them so they keep screaming and you don’t hear a sound!' 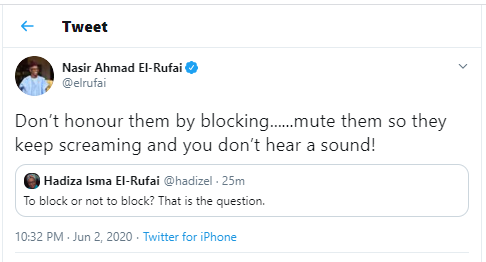 Hadiza's question comes days after she was called out for celebrating 80k followers on Twitter as #SouthernKaduna trended following the alleged killing of some residents of a community in the North West state.

The Kaduna First Lady was criticized for what was described as "lack of empathy" over the killings amid a campaign to raise awareness over the incident in the Kaduna community.