Popular skit maker and comedian, Oluwadolarz took to Instagram to address r*pe allegations levelled against him. 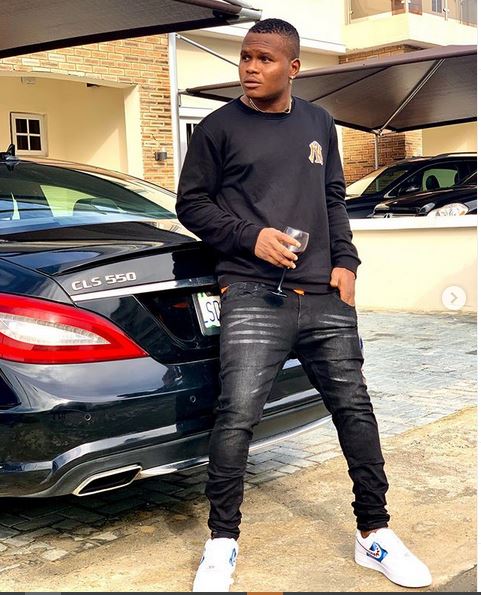 Comedian, Oluwadolarz, has responded to a rape allegation leveled against him by an anonymous lady on Twitter.

A Twitter user @unilaganon had asked people to expose influencers who might have raped or assaulted them in the past. The Twitter handler then shared a DM from a certain lady accusing the comedian of raping her two years ago.

The lady who appears to be 19, alleged that the Comedian saw her photo on IG when she was 17 and contacted her. She claimed the comedian mentioned to her that she has a pretty face and would like to feature her in one of his skits. She claimed he invited her over to his house where he allegedly drugged her and raped her.  She also alleged that she had an abortion for him.

See Her Allegation Below; 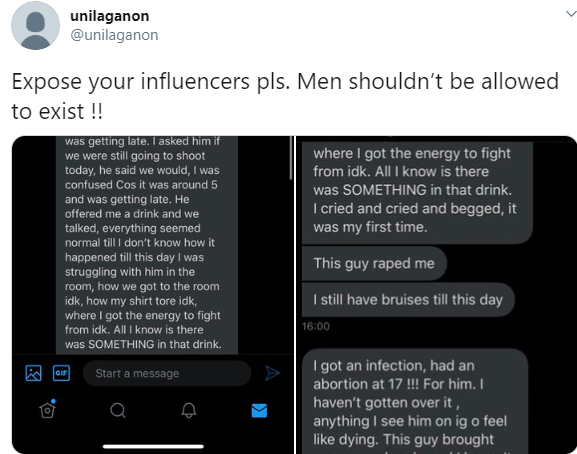 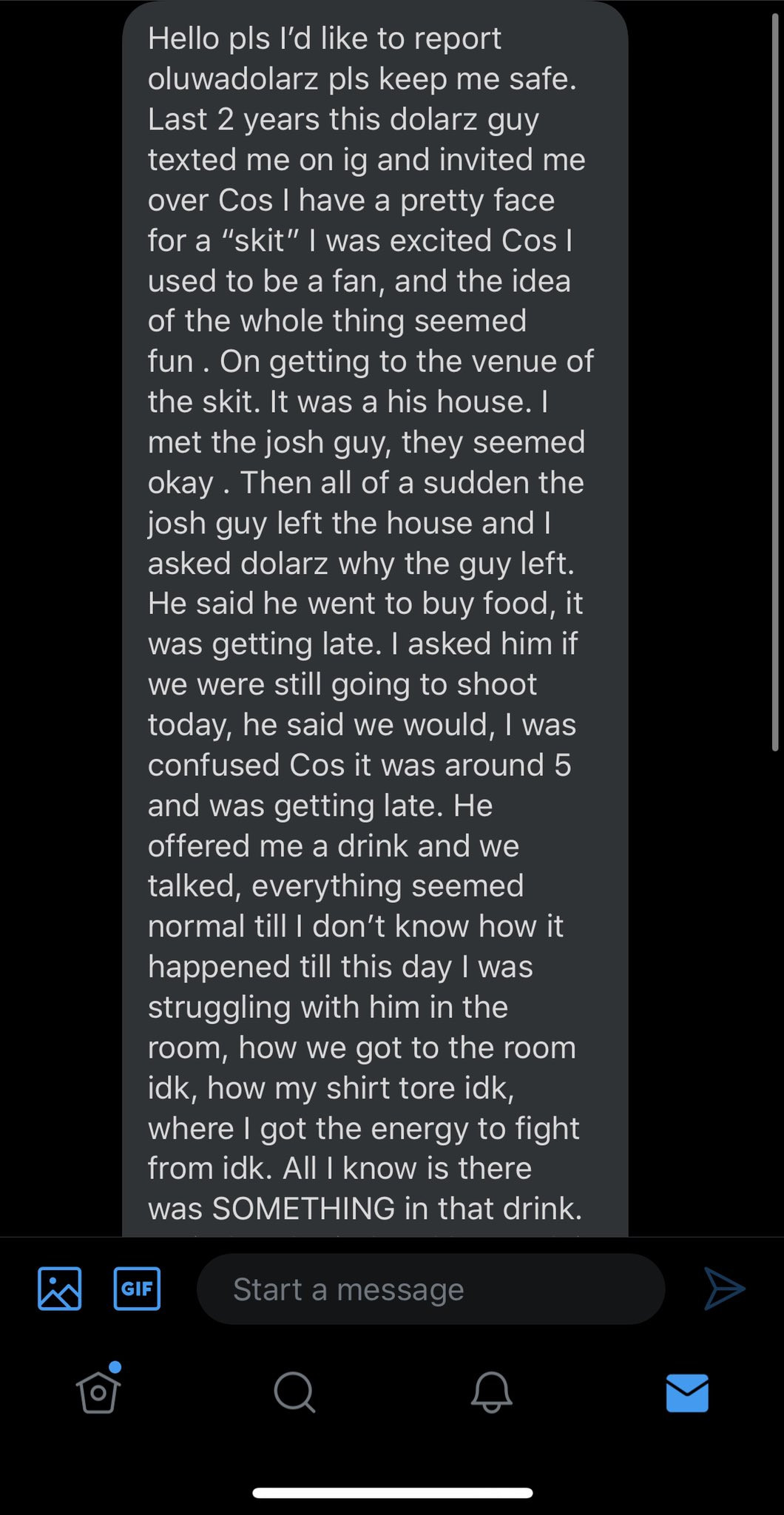 Oluwadolarz saw the post and made a video reacting to the allegation.  He denied the allegation, saying he has never and will never rape a person. He asked his accuser to come online to share proof. He also mentioned that he will be pressing charges.

"This is false accusation and I will like to press charges because I have never raped anybody in my life. You that sent that message, come out plain, post your picture, post proof, post when I aske dyou to come down to my house two years ago, post when you accused me of rape by chat. Just post something to tell the world that I actually raped you.

My name is Olamide, I have never in my life raped anybody and I will never do that.'' he said.

Watch His Video Below;