R*ped In A Church


Abimbola Adelakun explains that we are a corrupt society because our value systems have collapsed, and we subsist on moral indifference. 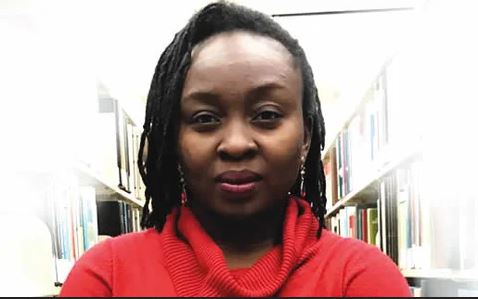 The untoward death of Vera “Uwa” Uwaila Omozuwa, cuts deeply. In recent times, there have been incidences of violence but the circumstances of her death make this one saddening and entirely enraging. According to reports, Uwa was studying in the church when the gruesome assault happened. For now, there is not much information to go by, although there is some cheering news that the police already made some arrests. I hope the police follow this to the desired conclusion where her attackers face the fullest fury of the law. I hope and pray her family find the fortitude to bear this painful loss.

When all is said and done, we should come to terms with two cardinals. One is that there is no haven in Nigeria; mindless violence surrounds us. It is tempting to consider this attack on Uwa as isolated, but it is also our social reality. There are no sacred places, no sanctuary for anyone. Life has been so cheapened over the years that any one of us could go from our mundane life to becoming a violence statistic in a moment. The young woman that chose to read in a church must have believed that she was in God’s sanctuary, and therefore protected. Her killers thought otherwise. Going forward, public places should consider installing devices like the CCTVs to boost security. Some weeks ago, this kind of incident would almost have been unthinkable. Now, we know better. We should do better.

The second thing is that there is no fear of God in Nigeria. For a gang of miscreants to breach a church and commit such a heinous crime, it is an instructive commentary on our social condition. Despite all our religiosity, our massive economic and social investments in the practices of our various religions, God has minimal impact on our daily lives. There is something quite symbolic about that sad occurrence, and if we do not take the physical space of the church in this incident too literally, it can form a reflective moment for us as a people. We can use it to face the fact that the malevolent forces of evil have gentrified the hallowed grounds in our society. There are no more sacred spaces. The barbarians have taken over the articles of our impending civilisation. We may be a society that has religion on every corner of our dilapidated streets, we may be a people who deploy spiritual and political weapons to fight over the reopening of churches and mosques while our schools remain defiantly shut because of a pandemic, but the truth is that we are also a people without the fear of God. We should pause and think about it.

To be a God-fearing people goes beyond subscribing to religion. If the fear of God was all about religion, Nigeria would be one of the world’s best-functioning societies. Instead, to have a fear God is to let our primal instincts be curtailed by certain ethics and values. To fear God has nothing to do with a public demonstration of religious alliances as we are wont to do. The fear of God has zero to do with closing the streets on Fridays and Sundays to purportedly worship God. Societies without religion fare better than Nigeria. They may not subscribe to religion wholesale, they might even have declared that “God is dead,” but they thrive far better than we do because they have ethics, values, and a strong social conscience that drives them to look out for one another.

A society where people have a fear of God is one with a sense of duty to the commons. They nurture an understanding of mutual responsibility to preserve human and natural resources. They keep ramming into every generation that social flourishing is not incidental. It takes deliberate collective efforts. As individuals, we can only thrive when the rest of society does too.

Chillingly, Nigeria is disintegrating right before our very eyes and a lot of it has to do with our warped ethics. We have a leadership problem, yes, but we also suffer an ethical crisis. Ethics are the intangible pillars that hold up a society and its institutions, and spur people to work together to build a shared future. We do not have sound ethics, and that is why we are adrift. The news of a woman sexually assaulted in a church might shock the whole country, but it is also a literalisation of what our society has become. The social and bureaucratic institutions in our country that are supposed to be suffused with exalting righteousness are the very places where people are repeatedly violated. The spaces where the poor and the downtrodden are supposed to find justice are now unabashedly the bastions of injustice. They collaborate with brute forces of oppression to dehumanise, to pervert the course of the truth they have been entrusted with preserving.

When you move out of those places to the institutions tasked with dispensing knowledge, the story is not really different. Apart from religious houses, one thing we also have in abundance is schools. After ruining our public education system, we began to create countless mushroom private ones as a redoubt against the demonic forces of ignorance we have unleashed on society. But where did that get us? Knowledge is cash and carry, but much of it is inferior. We are a society that plants a school inside virtually every uncompleted building, but we are not the kind of people that successfully pools resources together to build libraries in our communities. Nigerians can bankrupt themselves to raise money to build a church/mosque, but we are too self-centred to put that same level of zeal into building libraries. The fact that Uwa resorted to studying inside a church should shame us into self-awareness.

We have built so many schools, but we cannot boast of a stock of knowledge for even basic self-preservation. Our educational system is a monument to certificated ignorance. Today, Nigeria has many intellectuals in government, and some of them are even directly at the helm of affairs in various constituencies, but there is no difference between their conduct and those running motor parks that we label “illiterates.” The story is not different when you move to other institutions that form the bedrock of our society. From our family life to social life to economic life, we are severely lacking. We take more than we give. We are a society wired to consume more than we produce. We even borrow to consume.

Governance has long collapsed in Nigeria, and even our leaders do not have the confidence to assert moral authority anymore. Our government, lacking the character necessary to provide good governance, instead resorts to expanding bureaucracies. In some states, the only enterprise that exists is the “Special Adviser to So-and-So” industry. Young people who should be meaningfully engaged in enterprise and generate employment have surrendered their blurring vision to the de-energising forces of Nigerian realities. Although they succumbed to the mediocrity of easy work as “special adviser” on banal issues, they know are neither special nor would they ever get to advice anyone. They will waste away, but at least they will eat. That is the Nigerian story. We keep proliferating buildings and bureaucracies, but substance eludes us.

If the COVID-19 pandemic has exposed the insubstantiality of the Nigerian economy and the social precarity of the nation’s inhabitants, the unfortunate attack of Uwa in a church should tell us that we are also morally fragile. We need to introspect and confront our ethical problems. We are corrupt because we do not fear God. Corruption does not merely mean that a bunch of people in positions of power steal money. Those rapacious economic crimes are symptoms of deeper pathological problems. We are a corrupt society because our value systems have collapsed, and we subsist on moral indifference. Our leaders have long absconded their duty posts, our depraved elites have sold themselves out in service of repressive powers, and the people themselves have been abused to the point they cannot afford their dignity.