Popular Nigerian musician, Dbanj has been accused by a model scout of raping a victim. 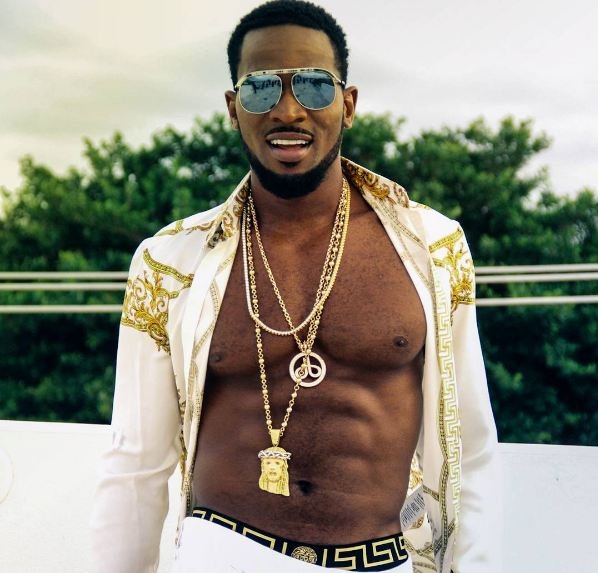 Dbanj
A Nigerian model scout, Benjamin Ese has accused musician, Dbanj of allegedly raping his friend two years ago.
He made the disclosure after the singer joined the campaign against sexual violence and demanded justice for rape victims in a post on his Instagram page.
The Koko Master post read: “#NoMeansNo, we need to raise our sons in the right way and teach them to love and respect women.
“We need justice for our girls, Say no to rape, racism and tribalism. Let us stop living in FEAR and HATE , and start living in LOVE.”
Responding to his post, one Otunba Benjamin, known as @action_ben, took to his Instagram page, alleging that Dbanj has no right to speak against rape, claiming that he raped his friend.
He claimed that Dbanj had some time raped his friend after he offered her N200,000 in exchange for sex, and she refused.
According to him, the incident happened in a hotel in Victoria Island.

He alleged that Dbanj collected the spare key of the girl’s hotel room from the receptionist and allegedly raped her afterwards.
Although he refused to disclose his friend’s identity, he added that she decided to keep mute after the incident because of the stigma.
Parts of his post read: “How you dare to post about rape baffles me. On the 30th of December 2018 at Eko Atlantic an event called splash off which was an all-white party, franklin your manager then invited my friend to the party, On getting there Dbanj sighted her and sent a few people to talk to her, but she refused.
“My friend left the party and went to glee hotel in Vi where she was lodged then my friend got a call from Oyinda who at that time was dating Dbanj’s friend, telling her the amount of money Dbanj was ready to spend on her if she agrees, but my friend turned down the offer because she was not interested.
“However Dbanj drove from Eko hotel where he was lodged and came down to glee hotel in Victoria island at midnight 2:40am and collected the spare key from the receptionist, obviously it’s Dbanj a fucking celebrity rapist, he would be given a spare key, got into my friend’s room and forcefully threatened he would walk her out of the room naked, Kept his fingers in her Vagina and repeatedly raped her. He left immediately he did that.”
He added that his friend has since been traumatized by the event and threatened to commit suicide after seeing the singer’s post on rape.
“Take this post down and stop clouting, stop being a preacher of rape because you’re a rapist. I know I do not have the power to push this, but all Rapists will die a miserable death,” his post added.
However, Dbanj has remained silent and is yet to respond to the allegations.
There has been an outcry on social media by Nigerians and influential figures demanding justice for rape victims and sexual violence after the rape and murder of Vera Omozuwa in a church in Benin city.

But this Dbanj rape story is somehow sha. Hotel gave him the key to someone’s room ? How did he know the room she was in ? I’m confused abeg #StopRapingWomen pic.twitter.com/LUxdyRsq20