Lagos state government has set a date for churches and mosques in the state to reopen. 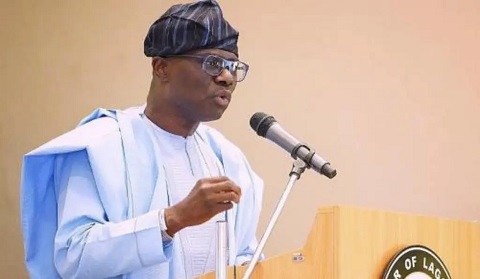 Governor Babajide Sanwo-Olu
Lagos State Governor Babajide Sanwo-Olu has ordered mosques to reopen on June 19th while churches can reopen as from June 21.
The governor also said that churches and mosques in the state should not accommodate more than 40 per cent of their capacity, limited to a maximum of 500 regardless of the size.
Sanwo-Olu stated this on Thursday while briefing the public on COVID-19 measures in the state.
He ordered that persons who are below 15 years and those who are 65 years and above will not be allowed to attend religious services in the state.
Face masks, he said, are also compulsory for all worshippers in churches and mosques.
The governor added that schools in the state remain closed.
Top Stories