A man was seen in a video narrating to his friends how he sexually assaulted a 12-year-old girl. 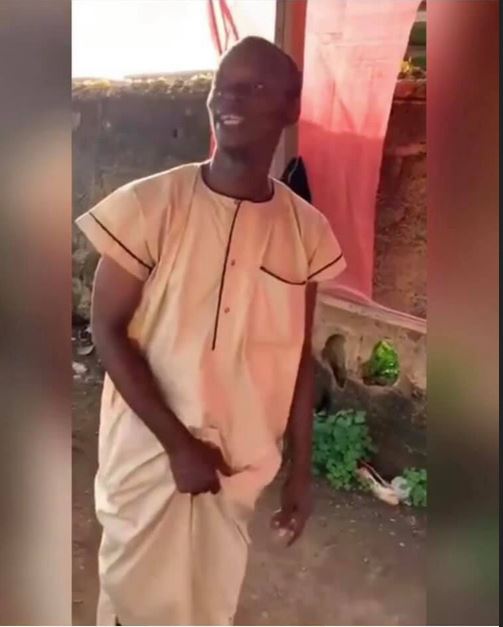 A sick video making rounds online, captured a Nigerian man narrating to his friends how he sexually abused a 12-year-old girl.

According to the unidentified man, he has been "feeling" the minor who buys things from his shop and decided to drag her in. The man who said he never deflowered the girl, however recalled inserting his manhood in her private part.

He further insisted that the incident was not rape but child abuse because the girl never reported the incident.

Here is the video which captured moment the man narrated the story while his friends laughed below;

Nigerian man narrates how he sexually abused a 12-year-old girl. Says its child abuse and not rape because the girl did not report the incident