Dignitaries have begun paying visits to Senator Orji Uzor Kalu who was recently released from prison. 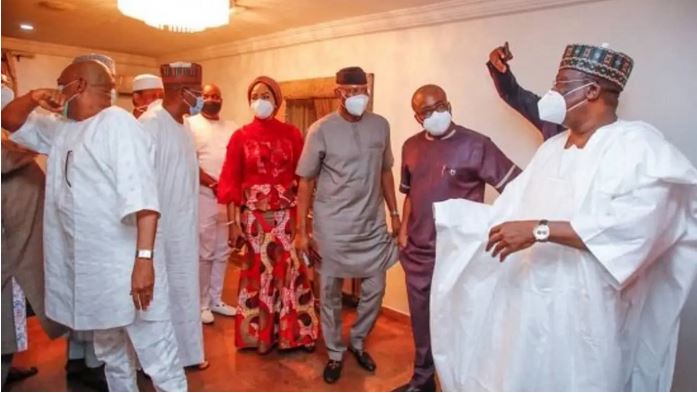 Senate President Ahmad Lawan on Thursday June 4, led other senators to the residence of Abia-born lawmaker Orji Uzor Kalu who was released from prison this week.

Recall that the Chief Whip of the upper legislative chamber regained freedom on Wednesday June 3, months after being jailed following his arraignment by the Economic and Financial Crimes Commission (EFCC) on 36 counts of money laundering to the tune of N7.1 billion.

Here are photos of the lawmakers at Orji Uzor Kalu's residence below; 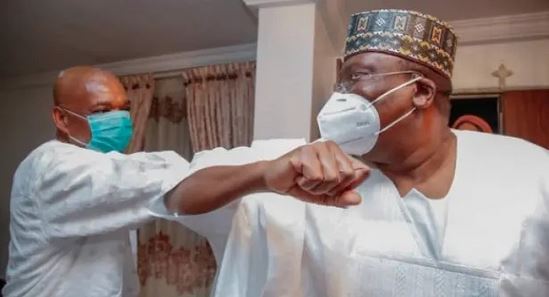 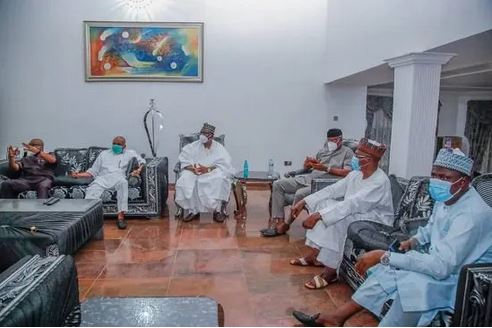 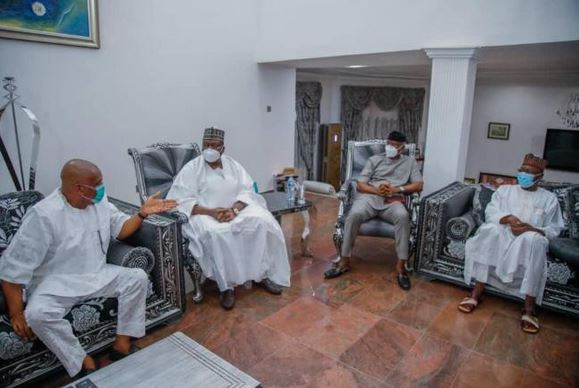 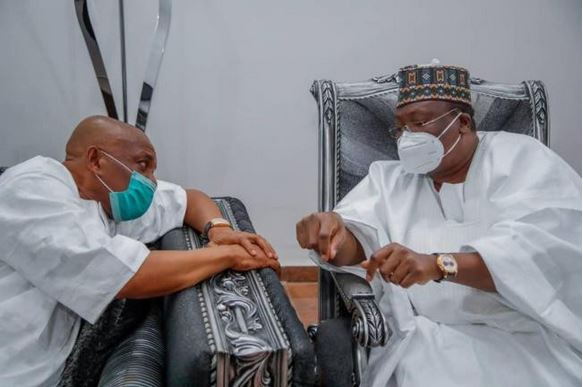