A man has appeared in a video boasting how he sexually abused a little girl at his shop. 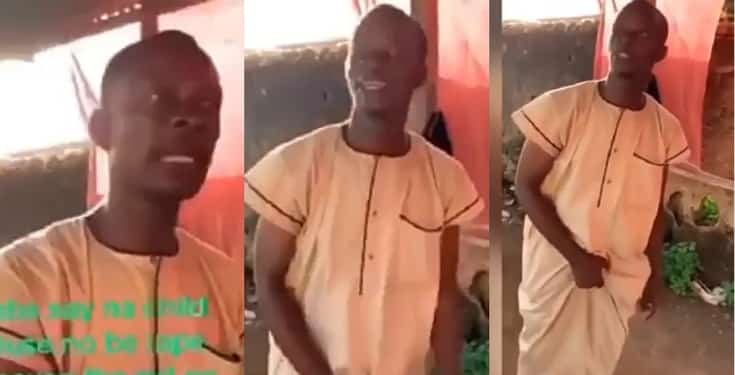 The man boasting how he sexually abused a teenage girl
A yet-to-be named Nigerian man has been caught on tape narrating how he sexually abused a 12-year-old girl who was a regular customer at his shop.
The man boasted that inspite of all he did, no one can dare arrest him.
According to the man, the young girl always turned him on whenever she visits his shop. He said at first, he tried to resist the temptation but later on, he gave in and assaulted her.
While narrating the story to his friends, they accused him of ‘raping’ the minor, but he denied the accusation, insisting that it is ‘sexual abuse’ and not ‘rape’, because the girl didn’t scream while he was doing it.
His friends also warned him about the police arresting him for his action and he replied – “Who go arrest me?”.
Watch the video below: