A woman has narrated how a prominent businessman and his friends raped her 15 years ago. 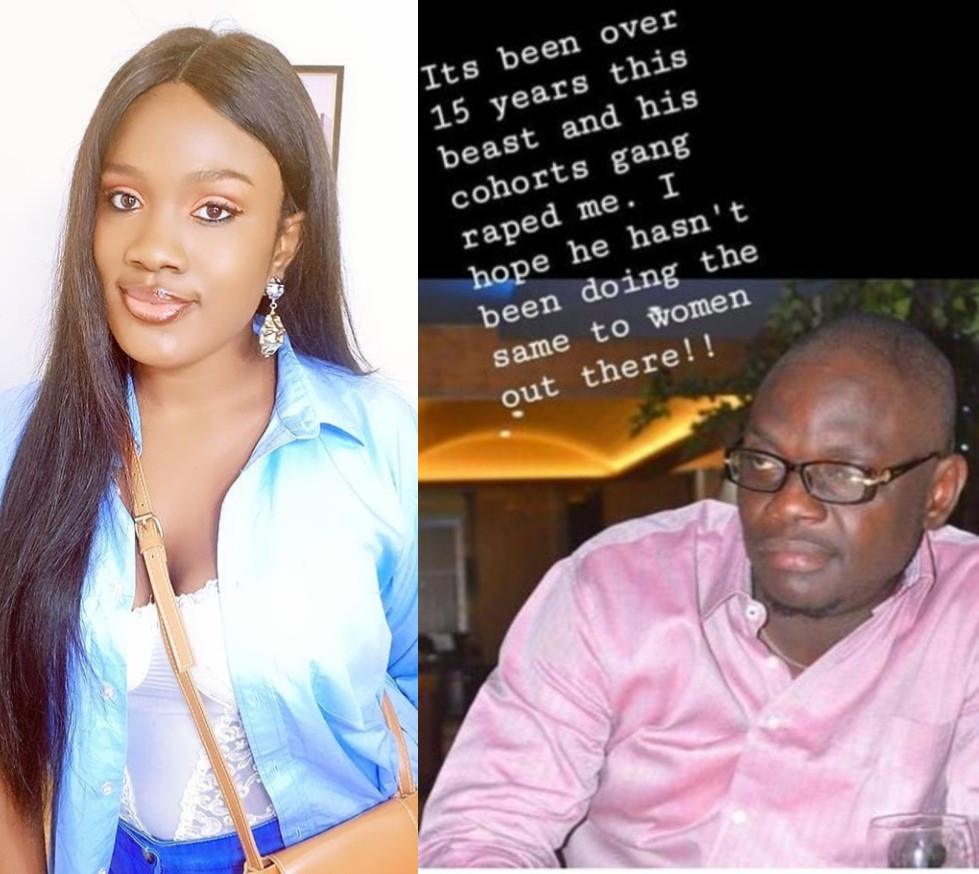 Ikechukwu Amaliri accused of raping woman 15 years ago
Ikechukwu Amaliri of Cabyde Group of Companies has been enmeshed in a damning gang-rape allegation.
A Nigerian woman and mother, Chiamaka Sylvia in a lengthy post, narrated how IK Amiliri, his friend Emeka (Diddypieememcx), and others gang-raped her 15 years ago.
Senator Philip Ejiogu, who is friends with the accused, replied and promised to look into the allegation.
"They took turns to tear me apart. They slapped me while they did," Chiamaka narrated the alleged incident that occurred in Owerri, Imo State.
She added that at some point during the alleged sexual attack, "Emeka had his penis in my mouth while another continued to rape me."
Sharing a photo of IK Amaliri, Chiamaka wrote: "It's been over 15 year this beast and his cohorts gang raped me. I hope he hasn't been doing the same to women out there." 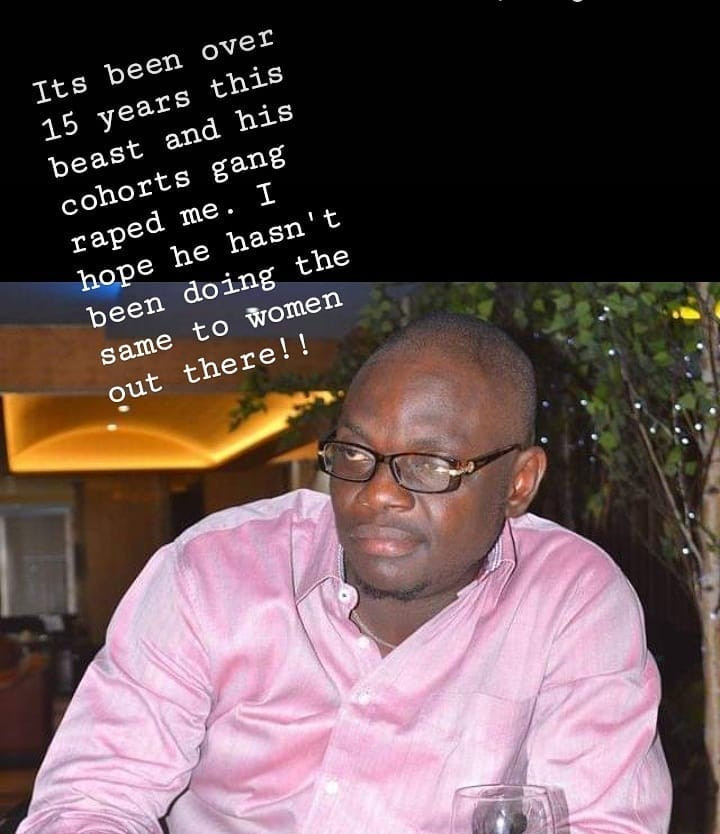 She added: "The evening IK AMALIRI and his cohorts gang raped and dehumanized me still make me question humanity.... They took turns to tear am me apart, they slapped me while they did, at one time , one of them @diddypieemecx Emeka, had his penis in my mouth while another continued to rape me.
"I didn't deserve it , that was too mean !!!!! Ik Amaliri started this wicked act first and while , his friends watched him struggle with it , he was shouting this one na V oh this one na V !!! Nothing touched his to stop and allow me go!!!!
"Why are humans so wicked why?
"I hope he hasn't been doing this to more women!!! I hope one day he gets caught up with his evil deeds.
"Now that I had children of my own , I am so scared for them. @cabyde".
A number of people who claim to have been aware of the allegation before now commented. One commenter said she knows another woman who was their victim. A medical doctor said she was aware of Chiamaka's alleged gang-rape back then in Owerri but they didn't have social media to call IK Amaliri and others out at the time. 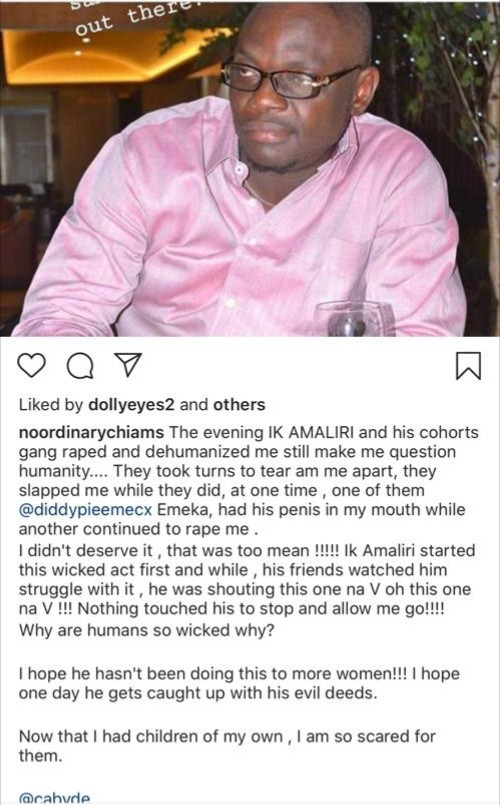 Reacting to the allegation, Senator Philip Ejiogu, who is the Imo State House of Assembly Member representing Owerri North State Constituency, said he will look into the matter since he is friends with the accused, IK Amaliri, and the alleged victim is a member of his constituency.
Senator Ejiogu wrote: "This is just so sad. The lady in question is from my constituency and constituent. I guess I'll have to take this matter up and speak up for her."
Below are reactions to Chimamaka's allegations. 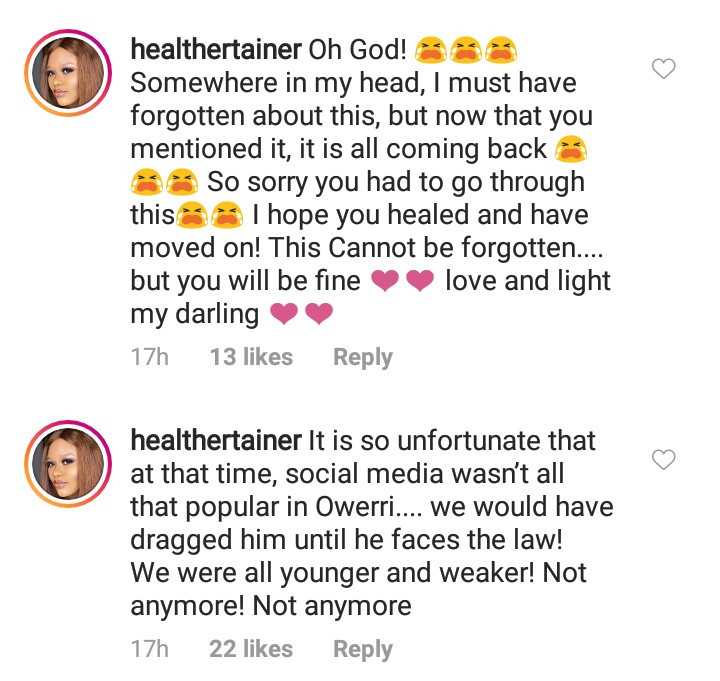 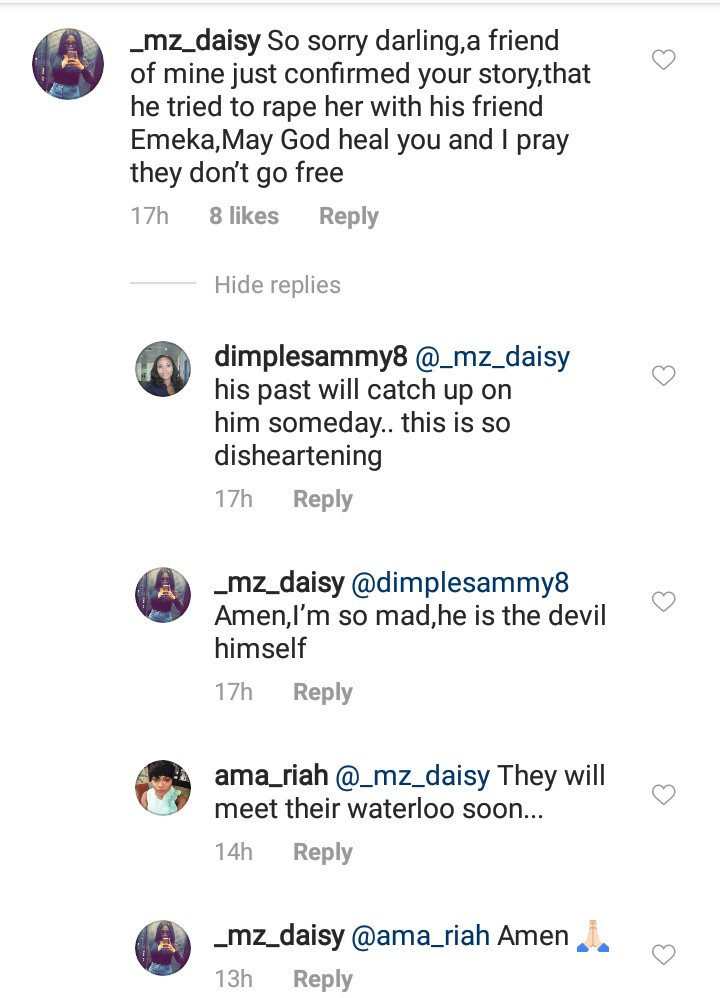 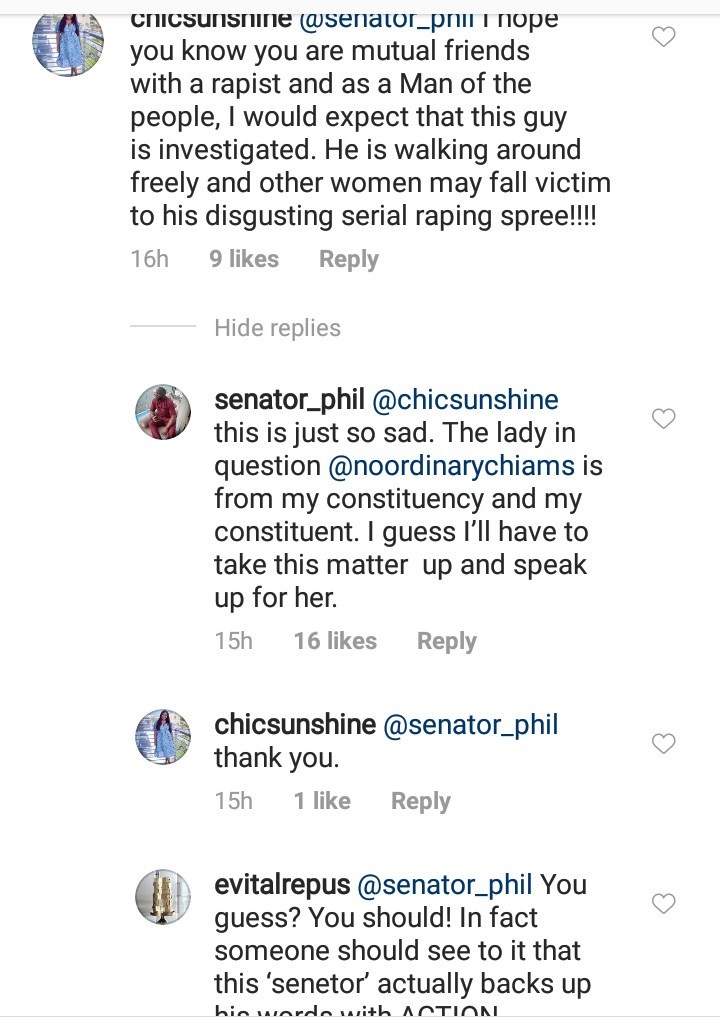