Majek Fashek: Tragedy Of The 'Rainmaker'


It's fateful sarcasm perhaps that the reggae star, who joyfully sang 'Majek Fashek Ina New York' took his last breath in a hospital in the American city. 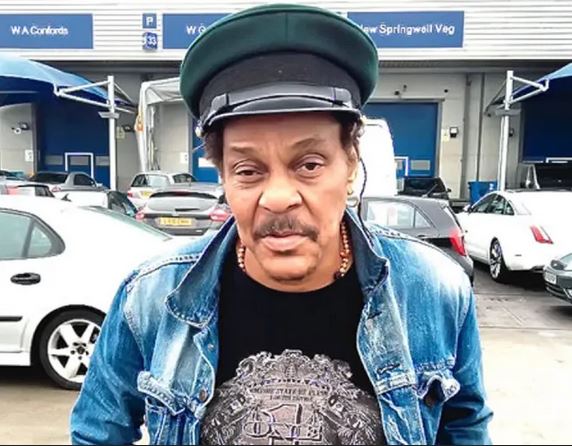 Majek Fashek has located music’s ghost town. The artiste who rose to acclaim as the melodious ‘rainmaker’ has fallen asleep in the throes of lyrical drought.

The sad news of his demise filtered to Nigeria from the United States during a cloudburst, leading many of his fans to enthuse that the ‘rainmaker’ departed the world in a rainstorm. A fitting tribute to his washed-out genius.

It’s fateful sarcasm perhaps that the reggae star, who joyfully sang “Majek Fashek Ina New York” took his last breath in a hospital in the American city, on Monday, June 1, around 5:45 pm, after a health crisis that lasted nine months— September 2019 till June 2020.

As he burrows in the afterlife, sad reminiscences of the idol he once was, fuse brilliantly with random notes that dried up in his head and his heart, before he burned out, among music buffs.

Fashek who garnered for Nigeria, an enviable spot atop the global reggae map has totally disappeared from the world music chart. Never to come back.

His journey to acclaim

When he mounted the stage at Tramps, on a Thursday night in December 1990, Fashek ambitiously eyed the legacy of Jamaican reggae pioneer, late Bob Marley. He wanted to reach an international audience, presenting himself as Nigeria’s lone voice against oppression.

Back home in Nigeria, his concert tickets sold out to crowds that couldn’t get enough of the young, enigmatic performer with a gift for haunting riffs and an unusual hybrid style derived from regular reggae and pacy cross-rhythms of Nigerian Juju with a jolt of hard rock.

There was depth to his messages even as his political statements meandered between ponderous denunciations of poverty, apartheid and injustice. In one song, he insisted that evil spirits ruled the world. Fashek affected the insight and oracular power of Marley’s lyrics, modelling his vocal style on the late Jamaican’s tenor, yearning, and strength. Now and then, he strapped on a guitar to add power chords and a limited stock of blues licks, invoking a fluidity characteristic of Nigeria’s Juju maestro, King Sunny Ade.

Fashek’s music traversed lyrical and territorial boundaries. Thus his acceptance in the United States, where he travelled to propagate his brand of reggae radically infused with his home-grown Pangolo rhythm.

“Since the passing of Bob Marley, reggae has been searching for its great black hope. It may have found one in Majek Fashek, even if the guy hails not from Jamaica but Nigeria. Ziggy may be Bob Marley’s biological son, but Majek Fashek is his spiritual heir. In terms of vocal tone, Fashek is Marley’s spitting image, though he grooves on inflections of his own,” enthused Jim Farber, American music critic at the prime of Fashek’s music career.

For an artiste that displayed so much talent and epitomised hope for Nigerian music, life surprisingly took a bad turn.

Months to his demise, Fashek appeared to have wandered far from the bower of artistry and acclaim that heralded his foray into the global music scene. Random encounters with him on the street, revealed his struggle.

Joseph Edgar, an investment banker, who ran into him in Fadeyi, Lagos, on his way to work recounted how he a dishevelled Fashek begged him for booze money.

“This was Majek, my hero, the one who brought down the rain, begging for ogogoro (street blend of alcohol) because he did not have N100 to pay for it. I stopped, brought out N1,000 and was immediately struck by confusion…He saved me the dilemma as he grabbed the money from me and rushed to the ugly, black dirty merchant of death, who gleefully poured him a glass full. Majek downed the drink and hugged me like I had just saved him from the hangman’s noose. I looked deep into his eyes and saw a lost soul,” said Edgar.

With his lush, dark dreadlocks, Fashek cut a vivid contradiction to the reggae artiste stereotype that constantly suggested that the typical reggae artiste seldom wanders under a shower-head since birth.

Fashek looked totally washed out yet in photographs, he never failed to appear devastatingly pretty and stylish, the perfect pin-up for obsessive music idolatry.

In an exclusive interview with The Nation, Monica Omorodion Swaida, a United States (US) based actress and musician, who used to be a back-up singer to Fashek and late Sonny Okosun, argued that, most of her treasured memories in music came from Fashek.

Rita, Fashek’s wife of 34 years and mother of his four sons, revealed that, “We worked together when I was about 13 years old. It was funny because I was about to get beat up by a group of boys and he saved me. From there we were together,” she said, in an exclusive chat with The Nation.

Genesis of his drunken spells…

Swaida, however, offered revealing accounts stressing thus: “I honestly can’t say when it started, believe me. Fashek was on top of his game. I met him when they came to Boston to play at a club. I played with them that night. That was the first time, I had seen my ‘big brother’ drink. He drank a lot and I was shocked and asked him when he started drinking. He just laughed and told me he was okay. That night he drank about three stout bottles and later drank Jack Daniels.

“I knew something wasn’t right. The last time, I was invited to play with him again in NYC. This time, we were on the same stage with late Lucky Dube. Great night, but the same story. He was drinking. I never understood his drinking and told him so,” said Swaida.

A jolt of genius

Born Majekodunmi Fasheke to an Edo mother and a Yoruba father, in Benin Edo State, Fashek grew up in a fervently religious and musical family. He gained national acclaim on a television show in the early 1980s as a member of Benin-based reggae group, Jastix. His band mates included Amos McRoy Jegg, George Orwell and Osagie (Black Rice). They toured for many years with another reggae group, The Mandators.

In 1988, shortly after Jastix disbanded, Fashek began a solo career and quickly became the best-known reggae artist in Nigeria. His song “Send Down The Rain,” became a hit that won rave reviews and six US-based PMAN Music Awards.

Alive, Fashek defined the vaunting, unstable strength that is the soul of music even in the face of hardships, especially the fear of the big flop, the dread of every artiste. There were several scars and some wounds that never healed. His drunken spells notwithstanding, memories of his artistry remain inviolate in the hearts of his ardent loyalists and music fans. No other Nigerian artiste had ever pushed reggae so far, or asked so much from it.

Few months to his demise, Fashek’s life became a struggle with addiction and health issues. Save occasional encounters with him at random musical events or on the street, very few people recollected the existence of the man whose rousing burr captivated and lured dilettante and bona fide reggae enthusiasts alike, to reappraise and appreciate the brilliance of Nigerian reggae.

But how should Nigeria remember Fashek’s glorious years? Rita’s most treasured memory of Fashek was “watching him create and inspire the world with what he loved best, music.”

Swaida remembers watching packed stadia sing along with him. “We used to sell out stadiums. I was there. This will happen again by the grace of God,” said Swaida. Sadly, her dream will never come true.

Whatever memories trail Fashek’s descent from musical acclaim to obscurity, Nigeria won’t forget in a hurry when he made music fall like raindrops.

Some history becomes myth. Some myth goes down in history. Fashek made history so quickly that the resonance of his achievements remain strong and out of chronological sequence, that they form their own associations, like a painter’s motif.

Some of the colours may be psychedelic, but the shadings are the pastel of memory, the patina, a jolt of remembered melody.