A Nigerian woman has shared the terrifying details how her aunt's husband abused and sexually exploited her for years. 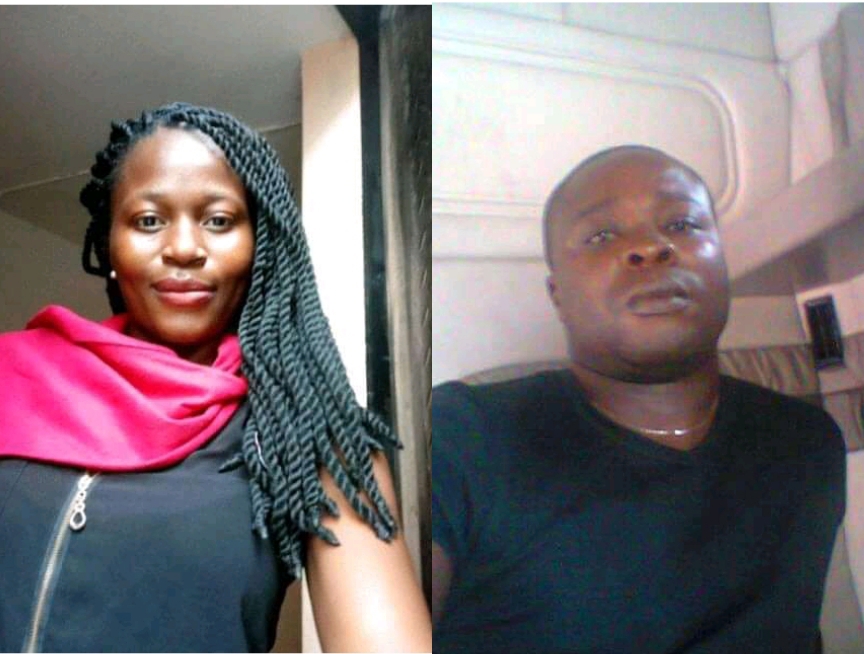 Chinwe said she was raped repeatedly by her aunt's husband
A Nigerian woman, Chinwe Udeze Patricia has shared a most heartbreaking experience how her aunt's husband humiliated and sexually abused her at the age of 13 when she came to their house to stay with them in Lagos.
The man identified as Julius Frank Elemotse allegedly raped Chinwe thrice with the connivance of his wife who happened to be her aunt. The graphic way Chinwe narrated how the man started raping her showed it all began with the physical and psychological abuses her aunt had meted out to her, which gave the man the leeway to rape her.
Chinwe shared the story and wrote:
“When I joined them in Lagos she told me never to interact with my mom in my dialect(Igbo) cos she never wanted me to report her abuse to my mom (my mom is Edo but married to Igbo) well it didn’t take long for her to start abusing me even in the presence of her rapist husband, aunty Martina will accuse me of stealing milk and Milo and strip me naked in front of her husband just to humiliate me, she will make fun of my boob’s in presence of her husband and kids my mum will call to check on me and she will monitor the call so I can’t report to my mom,” she said.
Then her aunt’s husband took advantage of that and raped her twice on different occasions. The intriguing thing about the sexual abuse is that Chinwe was raped the first time in her aunt’s presence.
“Her husband took advantage of her maltreatments to me and raped me twice once under her nose and the other in her absence that was after he threatened me severally and took leverage with my aunt’s attitude on me…
“After her rapist of her husband is done with me he buys me ampiclox and orders me to swallow it in his presence, I lived in constant fear of my life,” she confessed.
In another Facebook post, Chinwe tagged the man who allegedly raped her and asked him some questions.
“Julius Frank Elemotse,  so  i finally found you, well your wife said I should ask you myself. .So please I want to know, why did you rape a vulnerable 13 yr old me when I was under your roof to help your wife?
Why did you take my innocence and ruined my teenage hood?
Why did you blame me for seducing you when your wife confronted you?
Why did you leave the house after your evil act was discovered?
Still in a third Facebook posts Chinwe poured out her heart again.
“You see every rape enabler has one thing in common, they never speak against rape.
My aunt’s husband will tell me how my aunt will never believe me, he will also tell me he will protect me from my aunt’s maltreatments if only I allow him without struggling whenever he wanted…
My aunt has threatened me severally and abuse’s me for anything including when I didn’t properly wash her children’s clothes well, she made her children talk to me carelessly and also make references to my body cos their mom has stripped me severally in there presence.
After her rapist of her husband is done with me he buys me ampiclox and orders me to swallow it in his presence, I lived in constant fear of my life.
One day I had the courage to confide in her friends house help, she in turn told her aunty who told my aunt and all hell was let loose!!
When my aunt found out what her husband has been doing to me she increased her maltreatments and told me she will slowly kill me for trying to destroy her marriage, I went on for days without food with severe beating that made me look like I had an internal disease…
I was truly dying slowly and one day after her severe round of beatings I decided to run away, I had an uncle in another part of Lagos, I escaped to his house and they were dump founded with how unkempt and shabby I looked, my aunt tried making me come back with lies of how she has changed but I stood my ground…
I never told any family member of how she and her husband brutally took away my innocence, I guess my mom found out herself but never questioned me about it…
Just in a bid to silence me, she has been to the inbox of most people that commented telling them nonsense and totally avoiding my concerns…
I understand her plots and I’m not giving up till she gets her rapist husband to address my questions.”